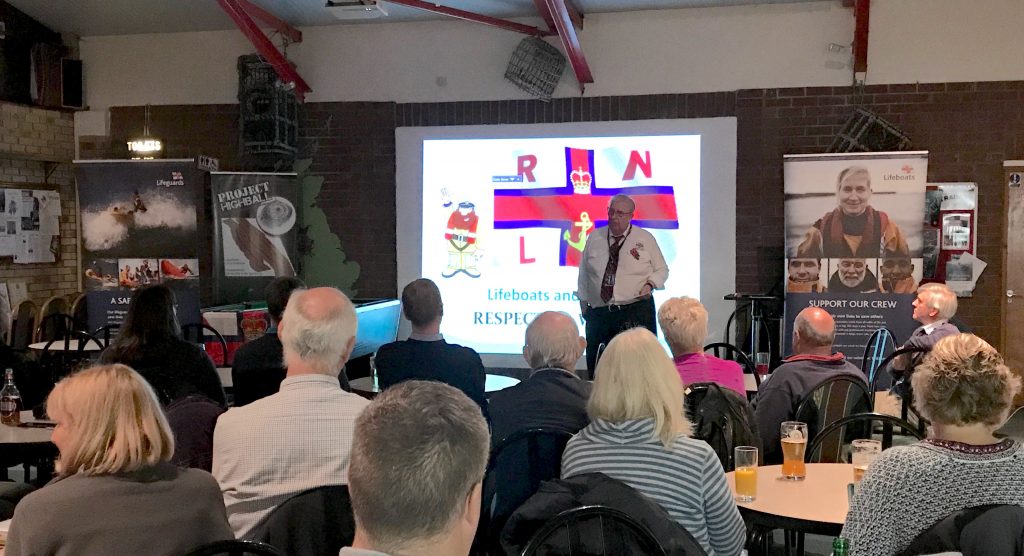 Maurice Littlewood visited us on the 26th October and gave us a great talk on the history and the work of the RNLI.  We had nearly 50 people in the club to watch the talk and the talk went down a storm (if you will excuse the pun)! 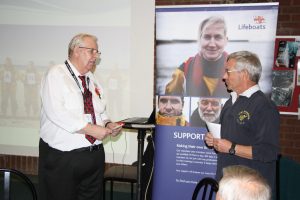 Paul also got up and gave us a great recap of his experiences with the RNLI and recounted some of the club’s trips to the south coast and the interaction we has with a number of lifeboat crews down there.  He also relayed the sad story of the club finding the Penlee Lifeboat (you can read more on that on the club history page). Paul also presented a cheque for the money we raised during the weight loss challenge totaling over £500. 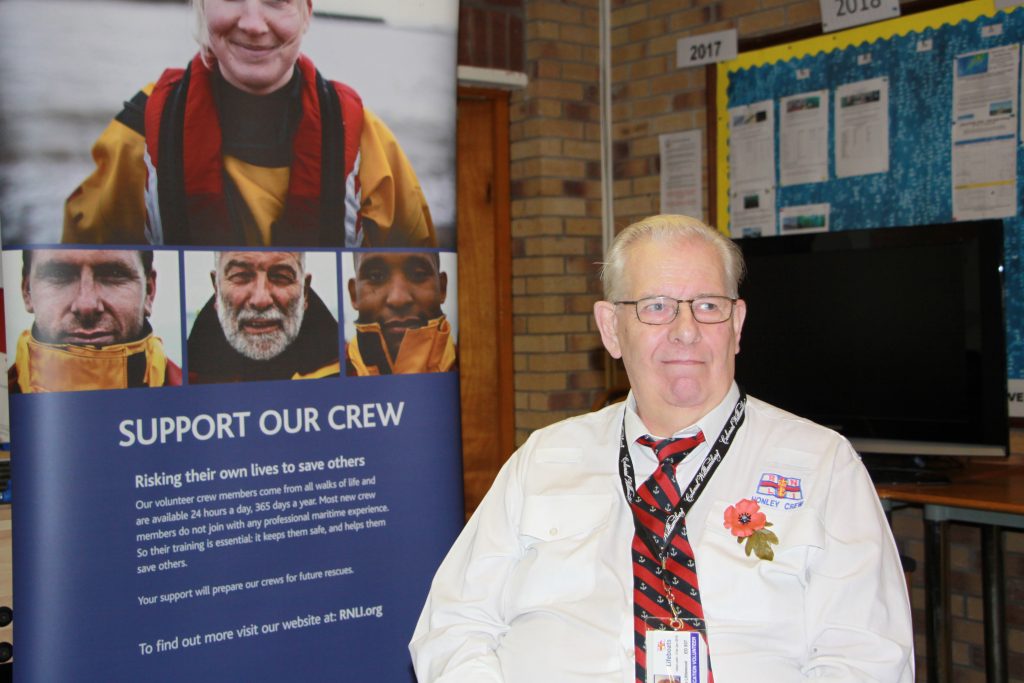 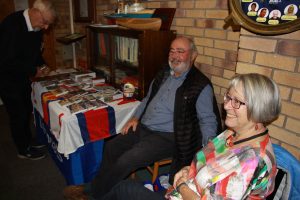 As well as the talk we also had local RNLI reps at the club selling Christmas Cards and books etc.

Sales went very well on the evening but if you missed your chance to get some cards (or decided like me you wished you had bought more of them) then they will be in Macclesfield Library from early November so you have a chance to buy some from there.

We have all been watching the excellent BBC Series – Saving Lives at Sea, which follows RNLI crews on their day to day work. If you have missed any of them you can catch up with some of them via iPlayer on the BBC.   http://www.bbc.co.uk/programmes/b0920fvl 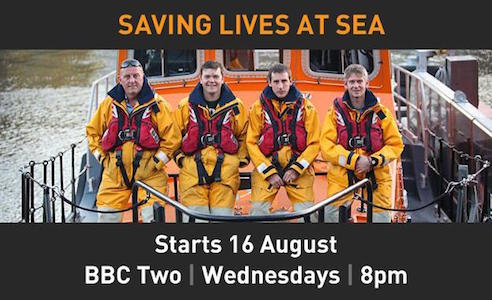