Trip report by Pat and Phil : 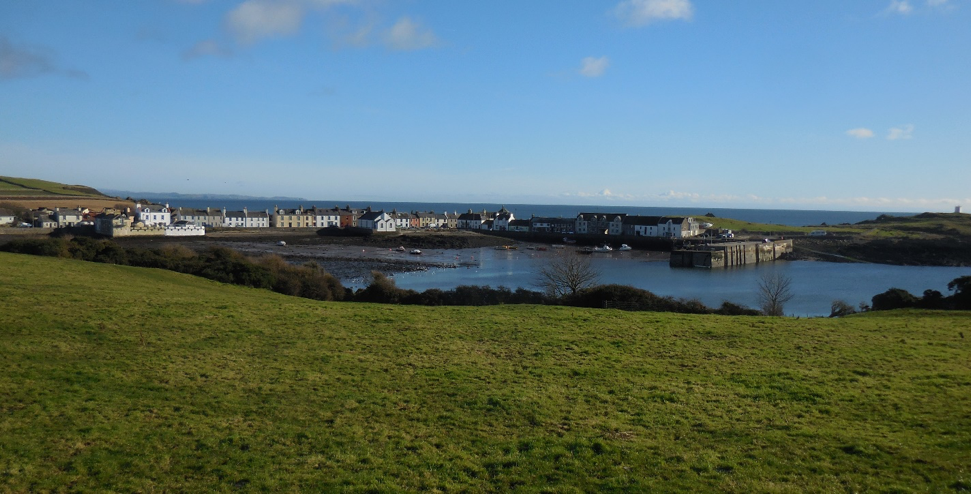 When Phil and I first announced an exploratory RIB trip to The Isle of Whithorn most people asked “Where is it?” Firstly, it is no longer an island as a manmade causeway links it to the main land and secondly, turn left after Gretna Green and follow the A75 until you come to the sea. It is the location for the film The Wicker Man. Geographically it is in the south west of Dumfries and Galloway. 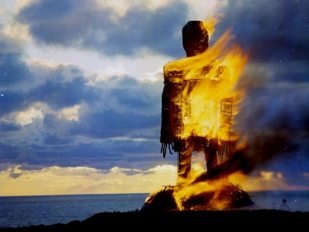 Phil prepped Top Cat on Thursday evening at the club and checked the trailer wheel bearings and brakes at home. We fought the Friday evening traffic on the M60, M61 and M6. It eventually cleared and we arrived at Burrowhead Caravan Park just before mid-night, having stopped briefly to admire the night sky. (Dumfries and Galloway is a designated Dark Skies area). We could clearly see The Milky Way and other well-known constellations.

Top Cat was launched without a hitch and everyone went to The Packet Inn for a rather substantial Full Scottish breakfast. We then met up with club members from Newton Stewart SAC.  Although Storm Brian from the previous week and the windy conditions limited the choice, the first dive, a gentle  drift across a rocky reef interspersed with sand, cobbles, pebbles and boulders at Cairn Head http://www. 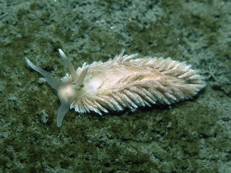 nsdivers.co.uk/scenic1.html , was full of life and the viz about 4m.  We spotted Cat Shark, Curled Octopus, Sea Scorpion, Butterfish, Pipe fish,  prawns gorging on a dead starfish, beds of Feather and Brittle Stars, Sun stars, Deadmens Fingers, several large lobster ,Edible Crab, Velvet Swimmers, Macropodia, Finger bryzoa, Hornwrack , a variety of sponges and hydroids and a fairly rare nudibranch which neither Phil or I had seen before, Aeolidiella Glauca. http://www.habitas.org.uk/marinelife/species.asp?item=W15560

The second dive was a broken shallow wreck, The Woodburn. http://www.nsdivers.co.uk/woodburntour.html

We returned to The packet Inn for an evening meal. Jon, Will and Steve then decided to round off the evening by watching The Joshua fight in the bar at Burrowhead.

After a very windy night, the sun shone and the sea was calm. Following another Packet Inn breakfast we boarded Top Cat and drove out of the Harbour alongside The Darren Kelly (Newton Stewart’s RIB) for 18km to dive The Great Ouse.

A relatively intact bucket dredger that sank in 1942. We could see both the Scottish mainland and The Isle of Man at the surface. As we descended the shot the viz was around 3m and the limited light made it more like a night dive.

Shoals of Bib, large lobster and edible crab were seen.

We returned to the harbour, recovered Top Cat without a problem, thanked Chris for the help and warm welcome from Newton Stewart SAC then headed for home.

Thanks to dive buddies, Tim, Jon, Will, Steve and Clive for a thoroughly enjoyable weekend. 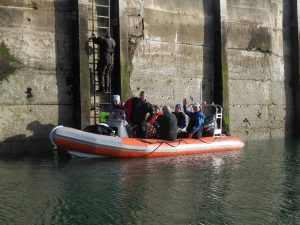 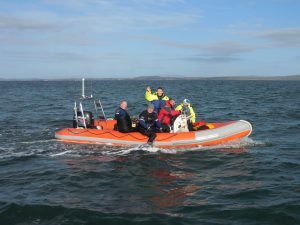 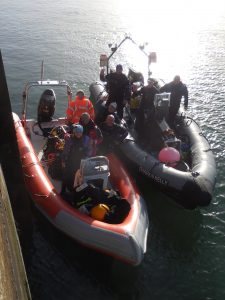 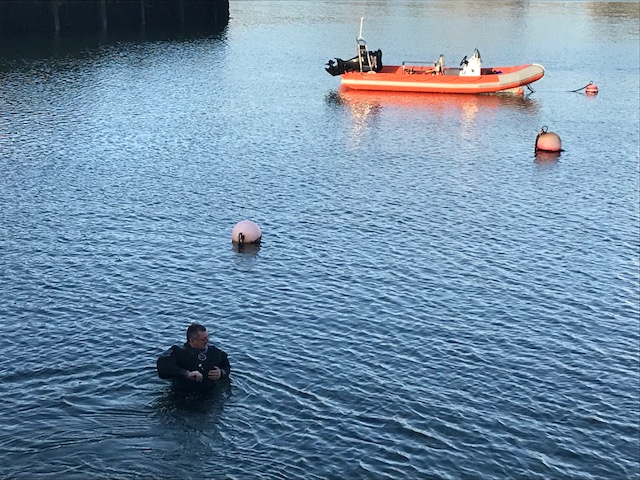 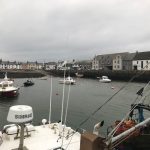 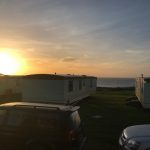 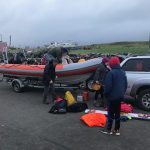 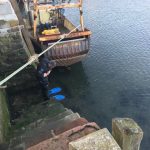 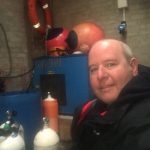 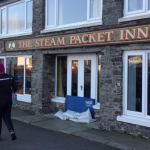 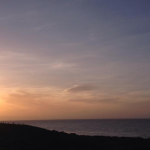 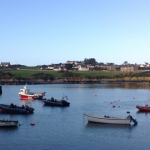 Staying at Burrowhead holiday village which is about 3 miles from the harbour.  The team managed to try three dive sites over the weekend.

A scenic dive on Cairn Head, The Great Ouse and the Woodburn.

More info can be found on the Newton Stewart Club website via the links below,
http://www.nsdivers.co.uk/scenic1.html 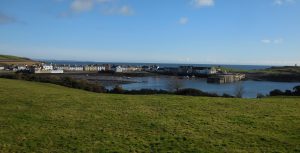 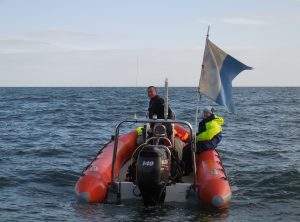 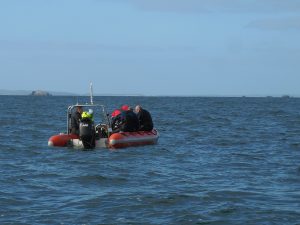 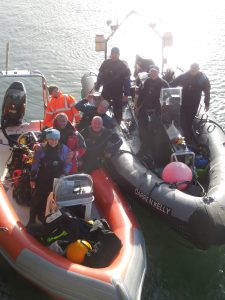