What a great event! We had a fantastic night with the club dressed amazingly from the foyer being turned into Captain Nemo’s Nautilus Submarine and the main room bedecked with shoals of fish, sharks, jellyfish and an amazing array of sea animals – including Bert the Octopus on the bar, he is the only part of the decorations that has been left in the club as he refused to uncoil himself.. 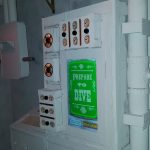 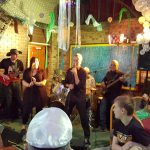 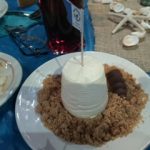 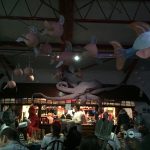 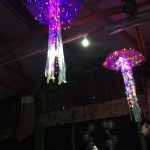 The amazing octopus “Bert” and the foyer as the submarine – worthy of a Hollywood set! 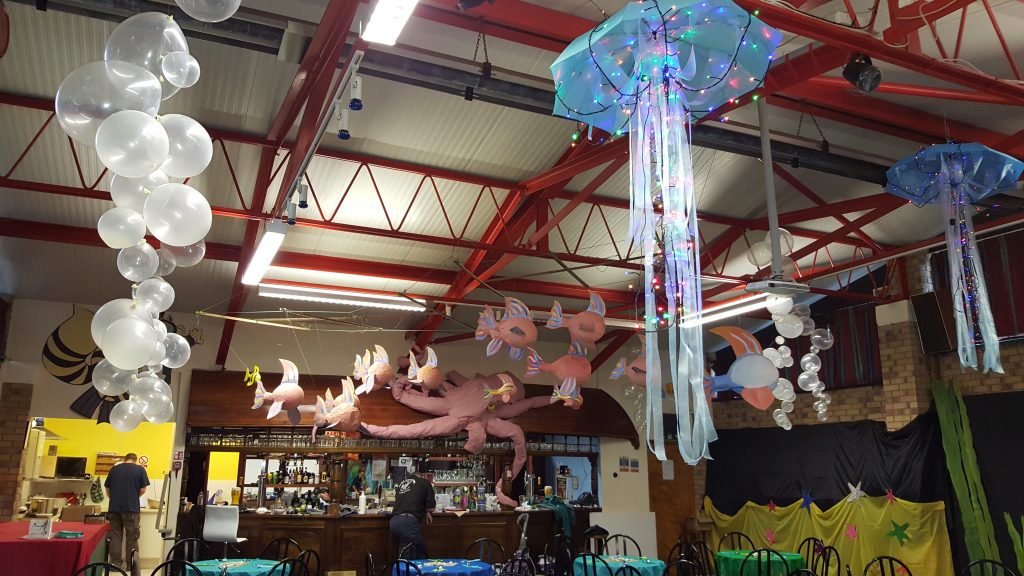 Here is a short film of the incredible Foyer, doesn’t really do it justice, but shows the periscope, pressure doors, submarine instrumentation and the torpedo tubes… amazing!

Some of these photos taken by me with additions coming from Alison, Roger, Abbie and Pam – thanks for your contributions.

See all the excellent photos taken by Richard Buck. https://goo.gl/photos/MsRivQ8pEGtwAPox7 They really captured the spirit of the evening. Thanks to Richard for his excellent photography skills.

and finally.. Not one to miss a chance Steve stayed late after the party and has found a new use for a mask and snorkel. We are not proposing to roll this out to the Snorkelling Group as an addition to the training curriculum just yet! 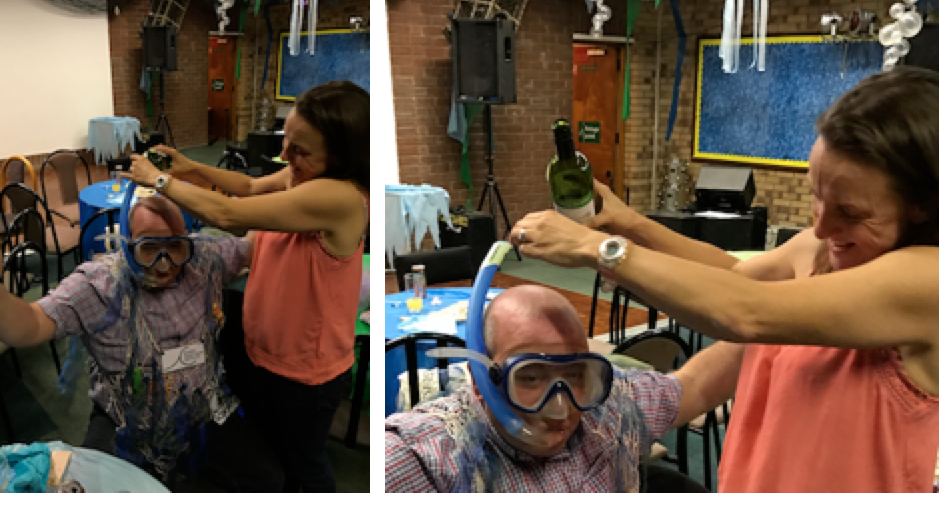 We have also had a raft of entries for the flag in unusual places competition.. I’m not sure people got the idea quite right. I was hoping for flags in exotic places.. :0

To add to the already numerous emails of thanks it is worth mentioning the event was the result of a lot of hard work and planning. So thanks to the entire team who pulled things together. Paul, Pam, Julie, Alison, Tim, Andy B, Janet, Simon and Amanda. With extra support from John Shaw, Maxine + Jon and Gill Parton – great job guys! 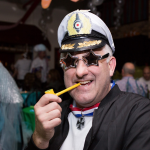 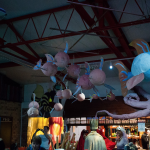 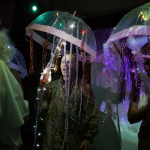 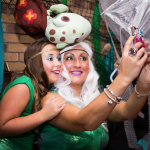 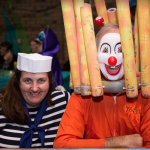 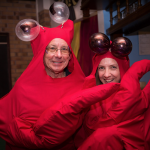 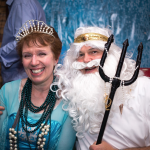 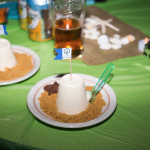 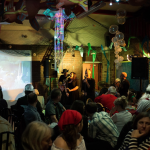 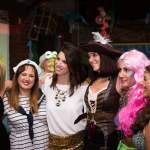 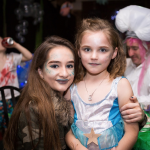 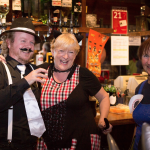 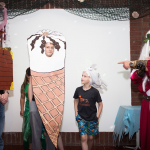 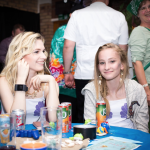 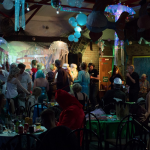