You may not have noticed it but we have a large White Ensign on display in the Clubhouse.

This flag was flown by one of His Majesties Corvettes on a crossing of the North Atlantic during the battle of the Atlantic in 1943. It was presented by the crew to Lt. “Jim” Curtis RNVR on completion of his duty with the ship. 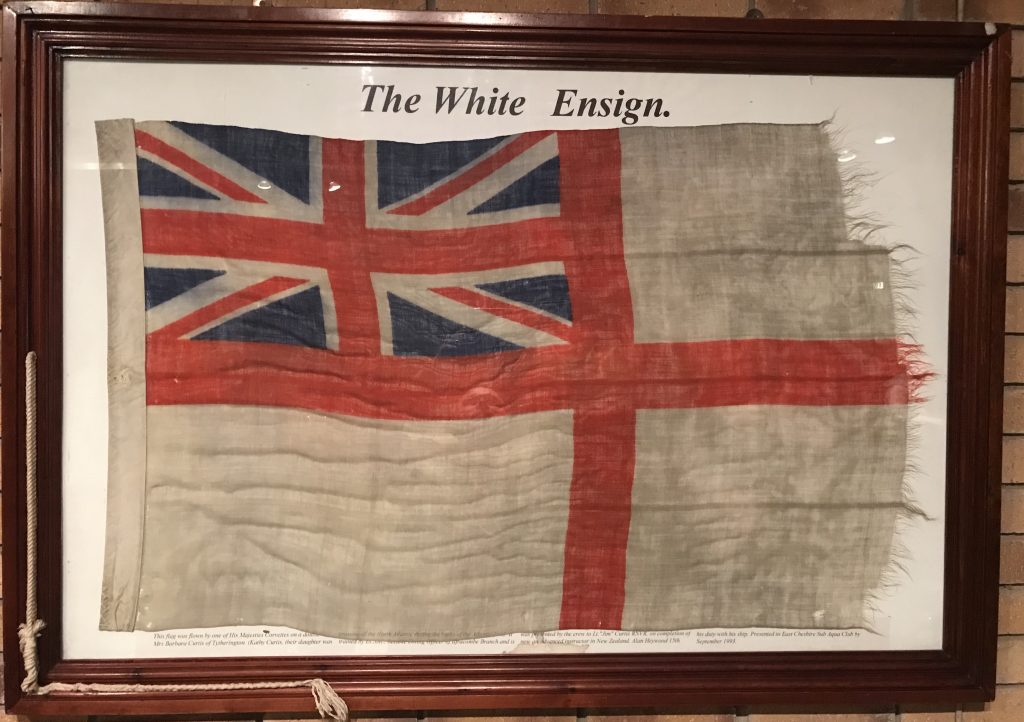 It was presented to East Cheshire Sub Aqua Club by Mrs Barbara Curtis of Tytherington. Kathy Curtis their daughter was trained to dive by ECSAC, became Diving Officer of Ilfracombe Branch and is now an advanced instructor in New Zealand.

Alan Heywood, one of the founder members of our great Club and a current Trustee is bringing Kathy Curtis to the Club for a tour and she is keen to see what we have achieved.

Just in case we modern divers think we have some exciting times I quote from one of Alan’s emails and attach a picture of both him and our founder Neville Oldham who sadly passed away two years ago. For the record I’m old enough to have included free accents in my training – seemed exciting at the time! I have also dived with Neville and Alan in my time.

“I have attached a photograph of Nev. and Me at Lamorna Cove 52 years ago!!! We had just completed the second dive of the day, off Carn Du on the wreck of a Brig Circa 1890. Twin Hose Mistral valve blew an “O” ring and I had to free ascend from 33 metres. Then drove home to Macc. and went to the hospital at 3am. Sorted by Stewart Davidson later. Cleared the bend in my left arm in Coniston the following weekend. (Note the dive tables on my left wrist). Note the Fenzy ABLJ, Stewart D. imported the first seen in the club from France, I asked Lillywhites to order one for me, outrageously expensive, cost me £23.00. Note no mouthpiece fitted to the early units. Note Neville did not have a life jacket. When they were introduced I challenged Derek Cockbill (National Diving Officer, Later Chairman) at the AGM at Edinburgh. He suggested a training routine to use the ABLJ as a reserve emergency ascent device, I said this was a highly dangerous procedure and free ascent was safer. Derek won. I had recently dived with Leo Milliand, one of Cousteau’s team who had safely ascended from 60 metres after being entangled in a fishing net and running out of air. He spent a long time in a chamber recovering and was still suffering. He ran a very successful Dive School and Boat out of Le Lavendue. BSAC trained members in free ascent and finished with two tests at 50 and 80 feet. The training was abandoned after the navy lost three submariners in the 100 foot escape tower in Vernon, only the principal to be explained to members.” 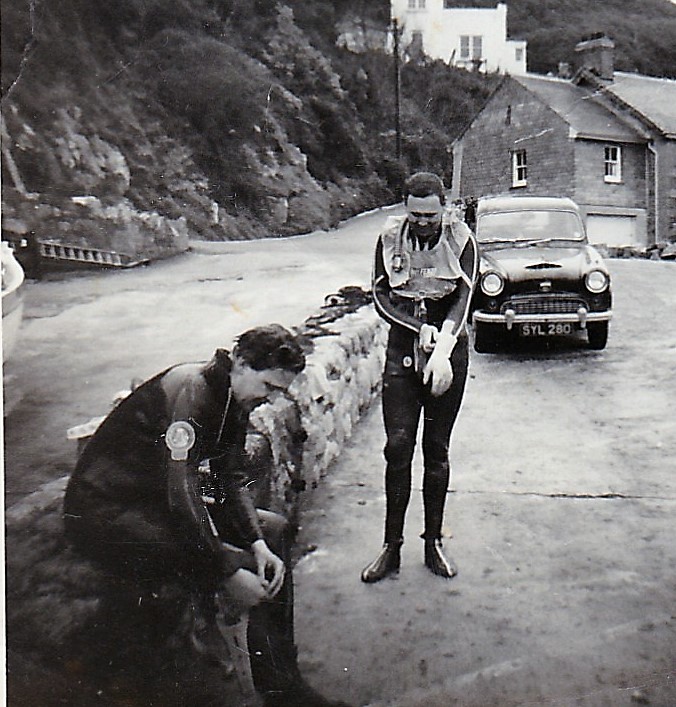