We arrived in Oban to catch the 4pm ferry to Mull. The journey north for all was incident free with the added bonus of an autumnal display of colour, alpine blue skies and snow covered mountain tops. Once at Salen Pier H 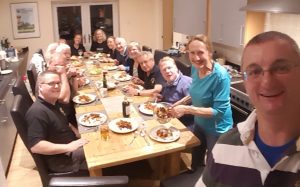 ouse everyone quickly sorted their dive kit, rooms etc and we finished the evening with a communal meal before relaxing in the lounge in front of a wood burning stove. This was repeated each night with one buddy pair cooking and another stacking the dishwasher and tidying up in the kitchen. 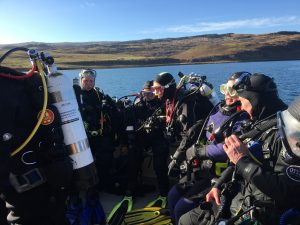 We quickly transferred our kit onto the boat,(the pier being a mere 100m from the house) and set up for 6 days diving. The flat, calm water, 8-10m viz and 2 dives on the classic wrecks of the Rondo and the Hispania were a fabulous beginning to the week. Both wrecks were covered in life: orange, white and green plumose anemones, Deadmen’s Fingers, Red Fingers, Northern Sea Fan, Peacock Worms and a variety of sponges, sea squirts, nudibrancs. We also saw female Cuckoo Wrasse, Ballan Wrasse and Pollack. 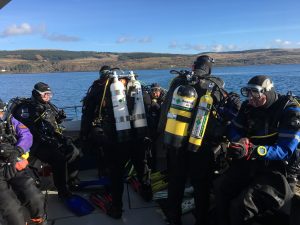 winds were south easterly we dived the wreck of the Shuna and then Auliston Wall. The Shuna is relatively intact and sits at 30m+ on a silty seabed.  It was plastered with Peacock Worms and dense colonies of Fluted Sea Squirts. Pollack flashed silver in torch light.

The tides limited our options to two scenic dives: The Waterfalls, a cobble pebble and coarse sand slope interspersed with boulders . Scallops and long clawed squat lobsters plus octopus, shoals of juvenile Pollack, Burrowing Anemones and tiny nudibrancs were seen. On  John Preston Wall we saw  a variety of soft corals, hydroids, bryzoa sea squirts and anemones. The short sandy slopes between each wall section were home to burrowing anemones, eye lash worms and one cross octopus. . The treat was a sea eagle perched on the rocks as we surfaced.

We dived the wall on Calve Island and then The Shuna .

The steep wall had a variety of life on it. There were large patches of green, purple and white jewel anemone’s, Plumose, Elegant, Fried Egg, Cluster and Sea Loch Anemones, red and white soft corals plus a variety of seas quirts, sponges, hydroids and bryzoa. We also saw Pollack, wrasse, Butterfish,  Leopard Spotted gobies, squatties and velvet swimmers.

For many of us this was the highlight of the week. A three hour journey to the narrows in Loch Sunart passing through some of the best scenery on the Scottish mainland to dive on the flame shells beds. The life on the seabed was prolific and included maerl, nudibrancs, harbour crabs, dog whelks and dahlia anemones.   We turned over small sections of the carpet of brittle stars to find the flame shells. (We did put everything back once we’d watched them). Shoals of juvenile pollack hovered like mini hoovers and the Dahlias enjoyed the odd brittle star dinner. A full hour + at 15m in slack water. (Although Clive and Dave did manage 30m in current as they started their dive.) 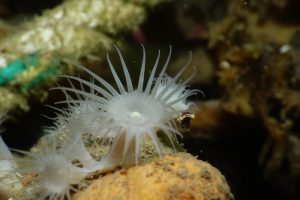 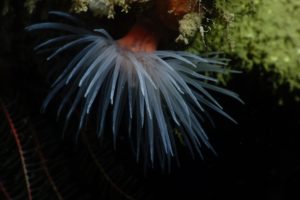 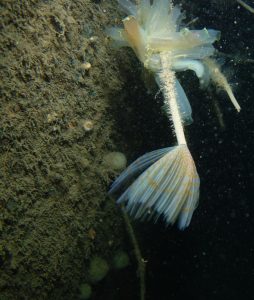 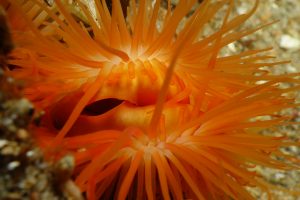 A gentle drift at Auliston wall was the second dive before we lost the light.

We returned to dive the wall on Calve Island and then completed the week on the wreck of the Pelican, which lies in 20m on a very silty bottom. The viz was surprisingly good and the structure of the bows and decks of the clipper were clearly seen covered mainly in a variety sea squirts.

The wind and the rain picked up overnight but luckily the ferry back to Oban was still running.

A brilliant week of diving in a superb location, with the benefit of luxury accommodation with its own pier, a knowledgeable skipper and a well equipped dive boat. Thanks to buddies Wilf/Alison, Paul/Pam, Mark/Anna, Tim/Janet, Dave and Clive. 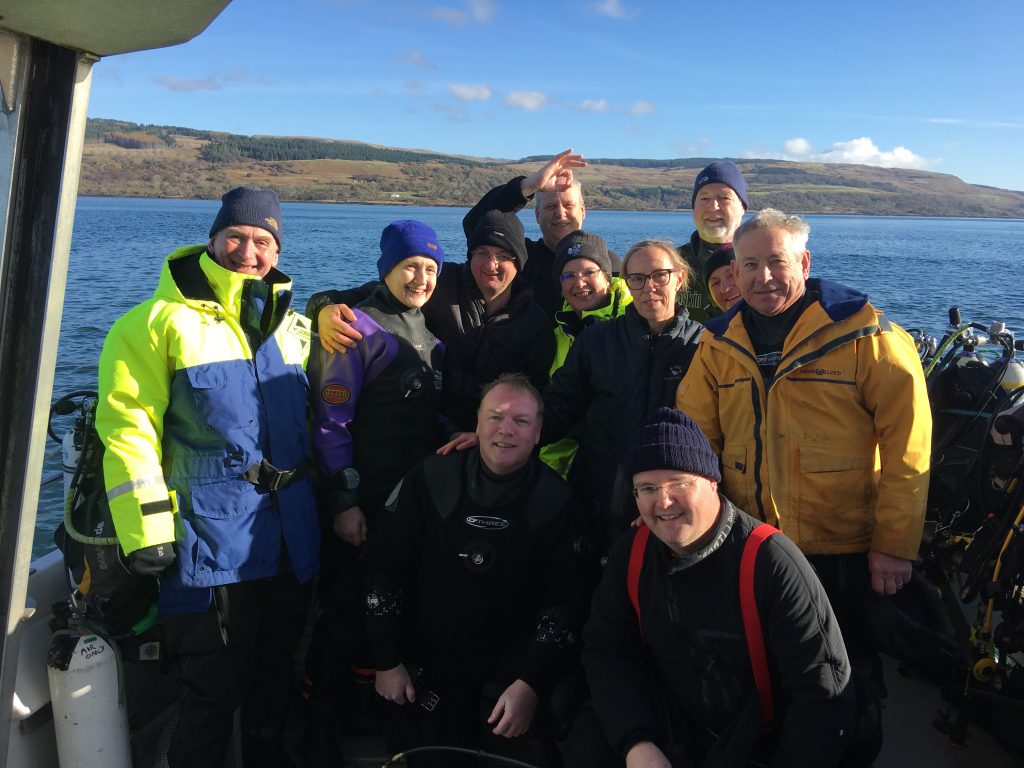 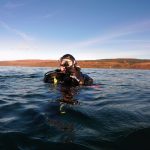 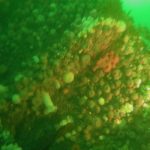 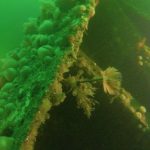 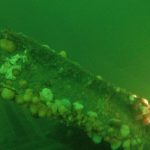 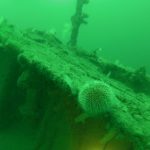 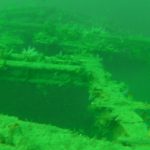 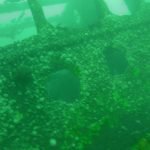 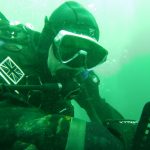 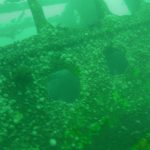 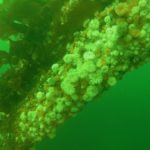