So myself Jon and Andy headed off Friday daytime to tow Cheshire Cat down to the Llyn ready for diving on Saturday morning. Nice easy run down to the Bunkhouse at Tanrallt Abersoch. 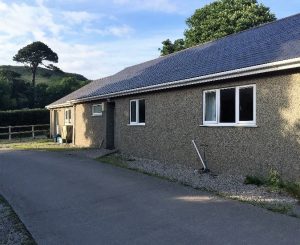 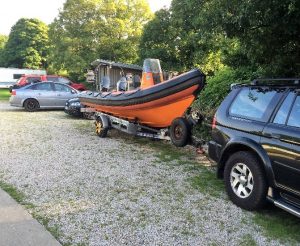 The accommodation is excellent value for money at £20pppn Inc. light breakfast and WIFI.  The Bunkhouse is very clean, hot showers, own kitchen/ diner and a drying room for your own use. Bed linen is also included so no need to take sleeping bags or pillows. Definitely worth the money.  With us arriving in good time on the Friday and the weather better than expected we held an emergency planning meeting: – 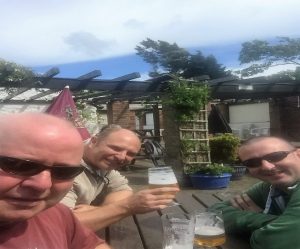 With the final plans confirmed we met up with all the other members on the trip as the afternoon / evening progressed. With all the planning complete and everyone on the trip had been briefed where to meet up on the Saturday.

Saturday 18th June
Top cat is stored at Blue Water marine so two teams were organised to make ready the boats and launch on each side of the marina. This would make for a much easier cylinder change and comfort break station.
The plan was to do the sea caves / drift dive followed by the wreck of the Timbo on low water slack. We all arrived in good time before the boat yard opened at 9am and on the concrete slip across the marina to launch Cheshire Cat. The plan was going well until we found that the Starboard engine would not start on Cheshire Cat and no immediately obvious cause. The port engine started fine.
We quickly re arranged diving plans to run in two waves so at least everyone would be able to dive that day. Jon Green and his team of Dave, Andy & Anthony continued to investigate the problem whilst I took out Sue, Sarah, Keith & Clare to dive the sea caves at St Tudwals island.  Sue coxed the boat on the way out whilst I spoke with Simon Lowrie on the equipment team to see if we had missed anything obvious with the engine fault. Simon gave some good helpful advice but to no avail. So definitely on plan B now.
We have dived a few of these caves now and so decided to do the final one. Divers dropped into the water in two pairs whilst I coxed the boat. The underwater visibility was good at around 4 to 5 meters. Sarah & Clare were constantly buzzed by very inquisitive seals whilst in the caves and on the outer reef. Reports of plenty of life to observe due to the good visibility. Lobsters, Edible crabs, Dog fish, Wrasse, Star fish and Anemones. The reef runs from 6 metres to 20 metres in depth so great dive site for all qualification levels. Great to see big smiles on all faces as we recovered the buddy pairs.
Keith & Sue Preparing to dive Sea caves 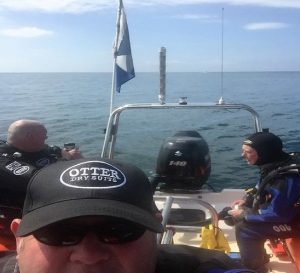 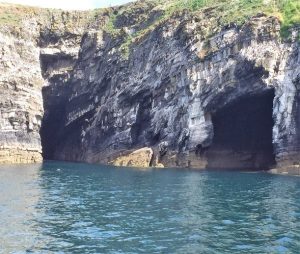 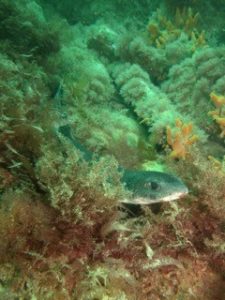 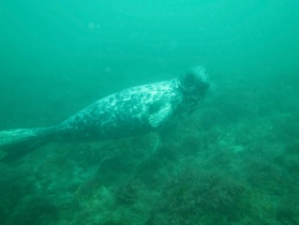 Once all back on board we headed back in for comfort breaks and lunch along with swapping divers.
Unfortunately, the engine was still poorly and we will take another look at it when back at HQ workshop.
The dive kit was swapped over for the second set of divers which was a bit of a faff but we got there in the end. We headed out for the Timbo. Sue kindly offered to cox the boat again when on the wreck site so I could dive.
Sarah & Clare were pretty keen to dive again so informed them about a shore dive on Gimblet rock on the seaward side of the marina. They both took up the offer and had a nice little dive to finish off their day.
We made good time to the wreck site and pulled back a bit of time on the day.
The wreck was located and we put a shot line in. The seals in the photo did not seem to impressed with us turning up when they were trying to sleep on the rocks. 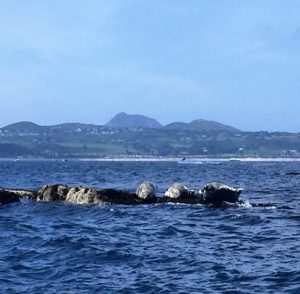 We checked for slack water which we found to be slightly ahead of what the tide tables had indicated. Again we dived in waves. The Shot line was next to the boiler and plate work of the wreck. The visibility was again very good at 4 to 5 metres. The plate work ribs and capstans are scattered over a large area which makes for a good bimble amongst the cracks and crevices that are created over time. Again plenty of life around Edible crab, Velvet swimming crabs & Lobsters of various sizes, wrasse and hundreds of star fish.
Once all back on board and after a difficult shot line recovery we headed back to the marina to refuel and recover the boat. Top cat was washed down and the engines flushed along with wheel hubs as the weather was turning during the night. We arranged air fills for the following day and returned to base camp for light refreshments before checking out what Abersoch has to offer on a Saturday night.
Tip: – make sure you order a taxi before 11pm so you don’t have to wait until 1 am for them to turn up!!
Sunday 19th June
True to form the Great British weather did not fail to disappoint and we were blown out on the south side of the Llyn. We adapted the plan again and decided to head for Trefor Pier which is on route home. Having checked the dive site conditions on arrival it was a go to dive. Buddy pairs sorted they all entered the water shortly after each other Everyone dived apart from Keith and myself who provided shore cover. 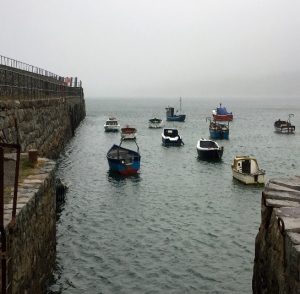 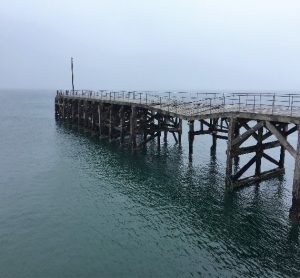 Underwater visibility was reported to be 2 to 3 metres and packed with life. Photos below are courtesy again of Sarah Miles. Run times varied from 35 mins to 64 mins. Smiling faces is always a good indicator and Trefor did not fail to delivery on this rather damp day. 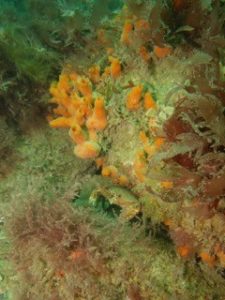 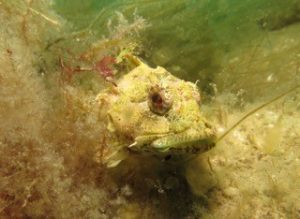 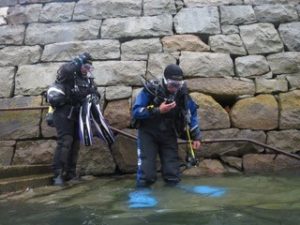 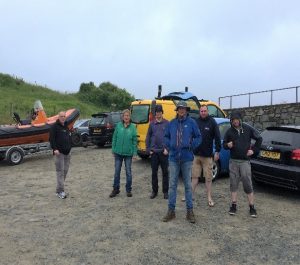 With the kit stowed away and we all headed home. We had some obstacles thrown at us but we stuck together and worked through it to have a great weekend.

Thank you to all who attended and supported the weekend.