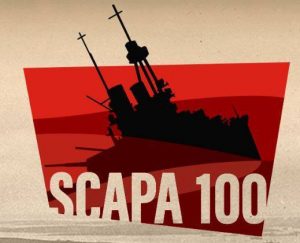 The 100th Anniversary of the scuttling of the fleet in Scapa Flow took place last week.  ECSAC was there and dived the High Seas Fleet in style on our club RIBs.  Alison and Loz wrote this trip report.

The intrepid boat crew arrived at Gills Bay in beautiful sunshine on Sat 15th June, after an overnight 10 hour drive which included being stopped by the police to check that they weren’t Greenpeace activists we managed to launch the boat and get ready for the crossing. 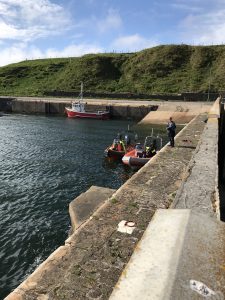 However crossing the Pentland Firth was a challenge in a heavy sea and thick fog!!  The calm waters of Stromness harbour were a welcome sight to the two Cheshire Cats as they cruised into their berths in the marina, as was the reward of cake and hot chocolate! 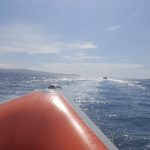 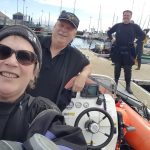 The car drivers had a slightly less exciting crossing on the ferry to St Margaret’s Hope and stopped to admire the Italian Chapel on the drive round to Stromness.

During the week, the team dived a selection of ships including cruisers, a light cruisers, a battleships and an escort vessel with a salvage barge.  The weather was generally good with a mix of sunshine and showers each day but increasing winds prevented diving on the Friday.  Diving conditions were extremely good but visibility was average at best with visibility between 2-7m. As expected, the diving was challenging and the less experienced members of the team gained lots of experience and coped very well.  A total of 68 dives were completed with the deepest dive being the Krȍn Prince Wilhelm at 37m.  We also managed to squash in some sightseeing and visited Skara Brae(Neolithic settlement), the Ring of Brodgar, the Kitchener memorial, Italian Chapel and others. 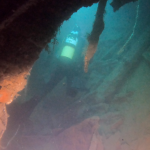 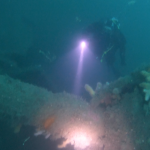 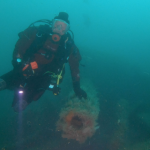 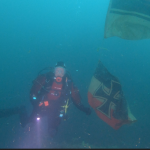 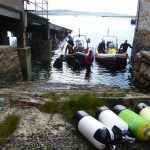 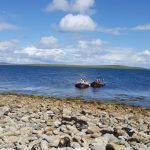 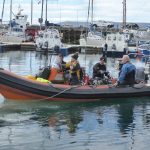 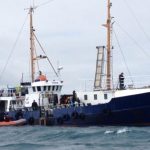 Our dive coxwains, Kevin, Gavin, Carl & Loz, did a great job of getting the boats over and putting us safely on the shot lines of each wreck site.  Every member of the team had a go at driving the boats and did really well; there are some new boat handlers in the making! Thanks also to Bob Anderson of the Halton and John Thornton of the Karin for their hospitality and toilet stops. 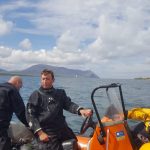 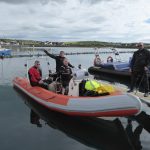 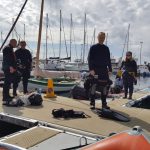 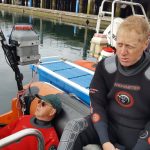 We also took part in many of the Scapa 100 events, which were taking place to commemorate the centenary of the scuttling of the German High Seas Fleet on 21st June 1919. The highlights of these were the Anniversary Event on Thursday evening and the laying of the German flag on the Dresden by the Royal Navy and German Navy at 11am on Friday 21st. 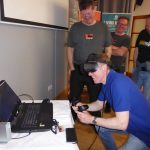 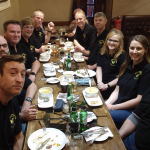 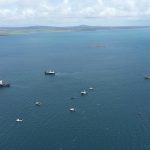 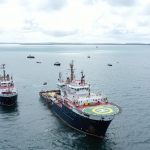 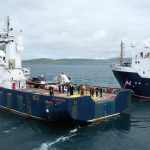 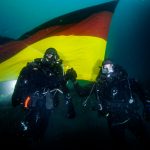 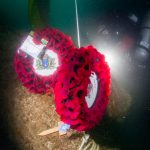 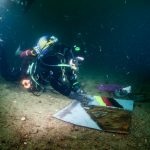 ECSAC were proud to be part of the flotilla of ships and dive boats which made up this service and to pay our respects to those 15 German sailors who lost their lives in Scapa Flow on that day.  Thanks to Emily Turton and Scapa 100 for the organisation of a very enjoyable and memorable week.  Thanks also to Scapa Scuba for filling our cylinders each day.

All in all a superb adventurous week with some great diving and a set of events that recognised the Centenary of the Scapa Scuttling.

You can also see a lot of the events and photos from the wider commemorations on Facebook –  See https://www.facebook.com/scapa100/