Top Cat was prepped and checked at home during the week before it was towed on Friday evening to South Shields. The only incident on the way there was a blow out on the nearside tyre of the trailer which Phil fixed in twenty minutes. I watched from the safety of the M1 embankment as he dodged the wagons speeding past.

Phil’s meticulous research, organisation and attention to detail had the group in the hotel car park on Saturday morning at 6.30am ready to launch at the sailing club slip which was adjacent to The Little Haven Hotel where we were staying.

The weather was perfect with flat calm seas and wall to wall sunshine. This enabled us to dive the wrecks that Phil had planned. Each dive involved finding the wreck from the marks he had researched, checking it on the plotter putting the shot in and diving within the slack water window. 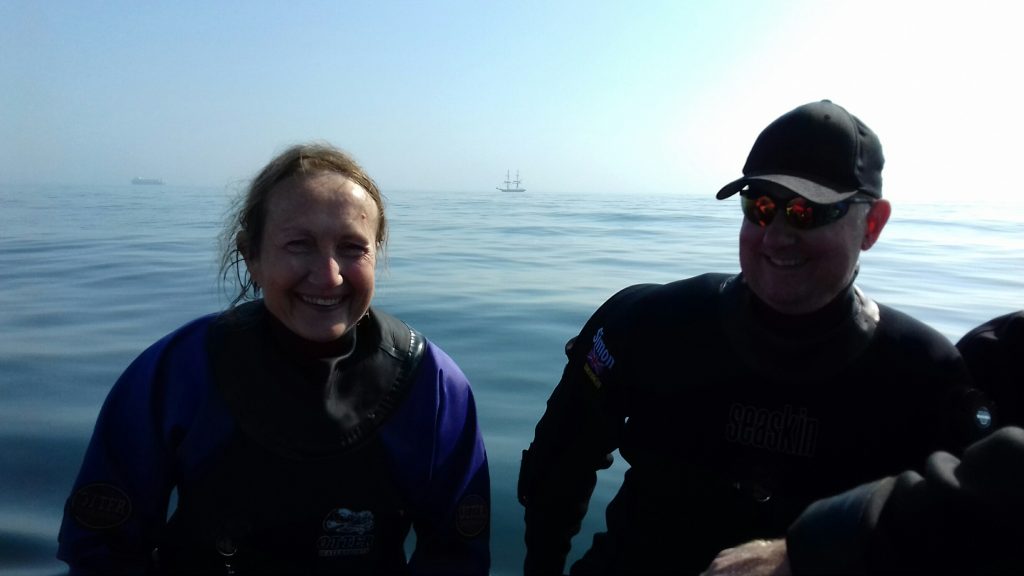 The viz was around 5/6metres and the water temperature a reasonable 13C. The peaty runoff from the Tyne meant that the deeper dives were dark. Over three days we dived The Oslofjord, The Eugenia Chandris, H.M.S. Dolphin, The Prunelle and The Mars. All hit mines during WW2. except for The Prunelle which was torpedoed and The Eugenia Chandris which hit the wreck of The Oslofjord. We explored several large boilers, engines, steering quadrants, propellers, plates and ribs.  Phil even managed to find two 12lb live shells which were left on the seabed.

Thanks to ECSAC Expedition funding we now have a slip permit valid for one year at South Shields Boat Launch Ramp.  The manager at the dive shop and training centre recommends Sunderland as a launch for the deeper and technical diving.

Thanks to buddies Claire and Simon, Mike Tim and John for another successful dive weekend. 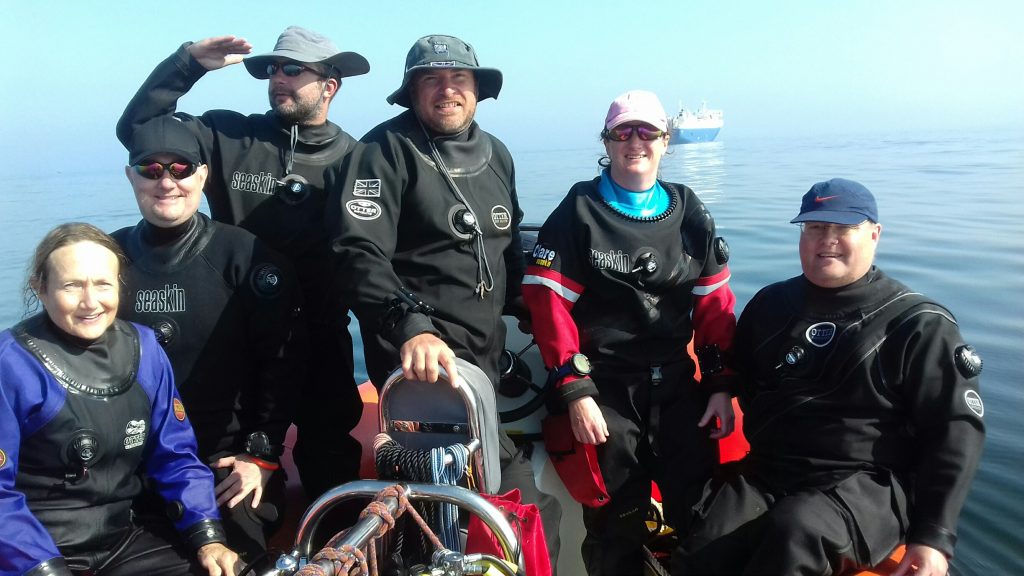