Top Cat and the trailer were prepped and checked before heading to Bridlington on Friday evening. The journey was incident free although we were treated to a spectacular electrical storm for the final hour of it.

Sat. 1st Aug: An early start and a tractor launch courtesy of the inshore lifeboat crew at Hornsea saw us setting out for the 5-mile run out to dive the UC75.

Phil and Mark successfully located and shotted the submarine which sits upright at 35m on a sandy seabed. Viz was around 5m and water temperature 13C. The wreck was covered in orange and white deadmens fingers, plumose and white elegant anemones, encrusting sponges, a variety of hydroids and hornwrack. Shoals of bib and the occasional pollack swam over the entire wreck. Several large lobsters ,edible crabs, velvet swimmers, butterfish ,the occasional nudibranch were spotted. A superb dive.

In the afternoon we located and dived HMS Falmouth which lies on a sandy bottom at 20m. When we arrived at the site, we discovered It has two permanent shots on it. We were told that it was non tidal but found there was current on it. (With hindsight this would make an excellent drift dive.) A great dive for rummaging. Viz 4/5m water temp 14C. Main marine life: shoals of bib, juvenile pollack, codling, ling, ballan wrasse, lobsters, edible crabs, velvet swimmers, hornwrack, oaten pipe, nudibranch plus eggs, deadmens fingers, plumose anemones. 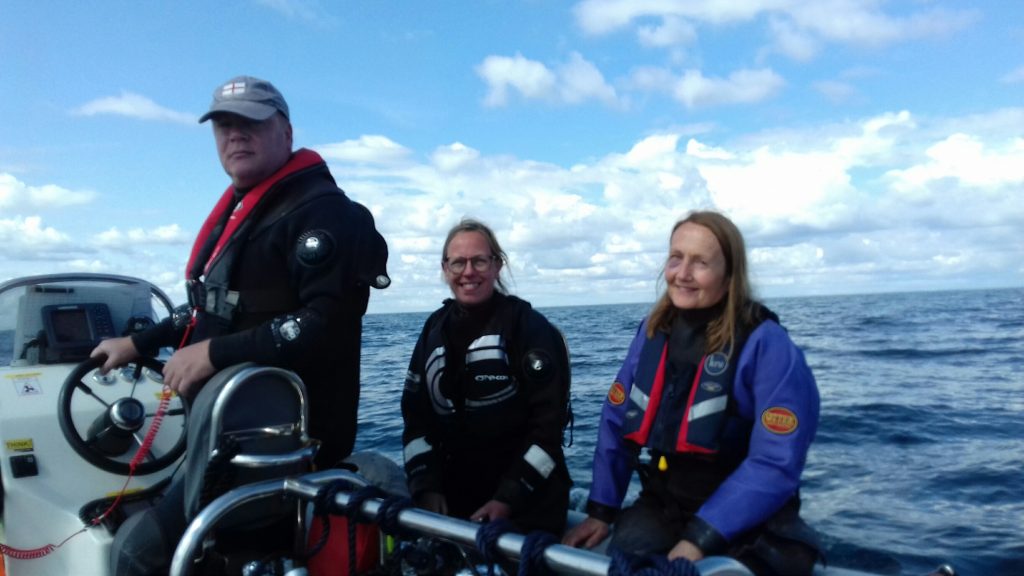 Sunday 2nd August:  The plan was to dive HMS Fairy as it was responsible for the sinking of UC75. A tractor launch into a calmer sea and a westerly breeze gave us a smooth run out to the wreck site. Phil and Mark had 2 sets of marks and spent some time before they were happy that the shot was on the wreck.

On the plus side the locating and shotting of the wreck was a success. The downside was that there

was little of it left to see and it was dark and deep at 39m. We managed to find the top of some railings and odd bits of scattered metal. A big lobster walking out across the sand was the best find.

The run back in was decidedly lumpy as we had an offshore wind over tide. The Hornsea tractor driver recovered Top Cat successfully and took us into the boat yard where we dekitted the boat.

Thanks to Phil’s for planning and organising. Thanks to buddies Mark and Anna. It was good to be back in the water on new wreck sites. 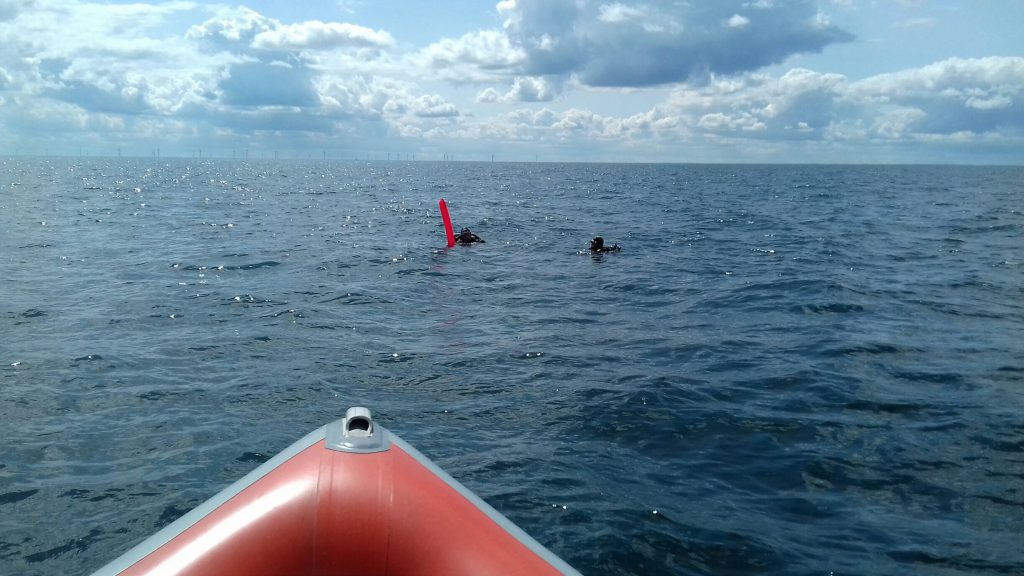