Top Cat was checked and prepped during the week before Phil towed it to Anglesey on Friday evening after work. A long journey due to heavy traffic.

Loz, Tim, Phil and I met at Rhoscolyn car park at 7.45 to load kit and launch. Phil had planned the days diving with the first on The Beacons as a shakedown dive. We were greeted by a small colony of seals sunning themselves on the rocks, noisy gulls and several cormorants drying their wings.

The viz was around 4/5 metres and the water temperature a cool 9C. Dive time was 40 mins. The rocks were covered in a variety of hydroids, bryzoa, short red and green seaweeds. The kelp line was around 8 metres. Colour was provided by large Boring sponges, Crater sponge Elephants Ears, Deadmens Fingers, Bloody Henry and Common star fish. Ledges and crevices were home to Velvet Swimmers, large prawns, Squat lobster, the odd edible crab and lobster and several well camouflaged spider crabs.

After a quick change of cylinders, we headed back out. For our second dive Phil had chosen a new site for which he had been given the marks but no firm timings for slack, at high water on a spring tide. We arrived on site, searched, and found Pinnacle A. (Now called Archimedes}. The tide was running! The shot was successfully dropped onto the pinnacle. 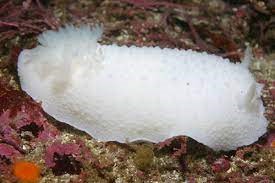 The buoys were instantly dragged below the water surface. We waited, waited and waited. One hour later Phil and Tim re shotted the pinnacle as the tide eased. We kitted up, drifted onto the shot, hauled ourselves down the shot line and tucked in out of the current. This was worth the wait. The rock was plastered in white Elegant Anemones and orange Deadmen’s Fingers, Club seas squirts, sponges, hydroids and bryzoa. Best finds were a huge Conger Eel, lobster, Squat lobster ,Rockling, Spider and Edible crab.

Another early start. We dived the Beacons again with Loz, Tim and Rosie in a 3.

Circumstances meant Phil had to change the second planned deeper 34m dive on The Segontium . After a quick turnaround we headed back to The Chasms. Viz was 5/6m. With a maximum depth of 14m there was a fair bit of surge. Best find nudibranchs, and Catshark.

It was good to be back in the water.

Thanks to buddies for an enjoyable weekend. 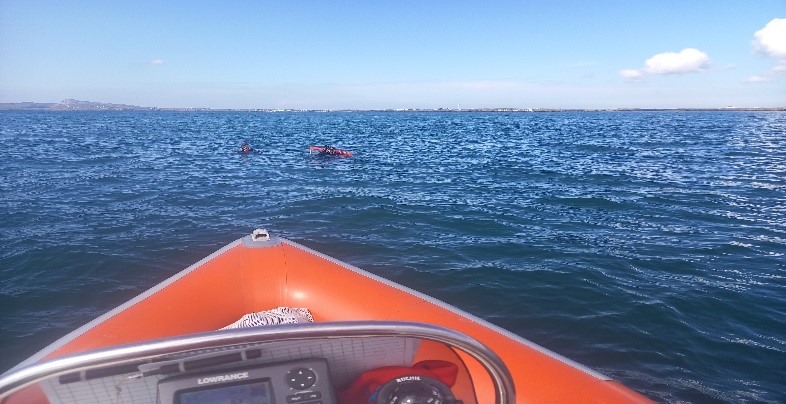