The Cannon in the Club House is from the 26-gun Man o ‘war  HMS Crown Prize lost February 9th. 1692 in Start Bay Devon under the command of Captain William Tichborn.   100 of its crew were saved but he along with 21 of his crew perished.

It was found, lifted and preserved by one of our founder members Neville Oldham. 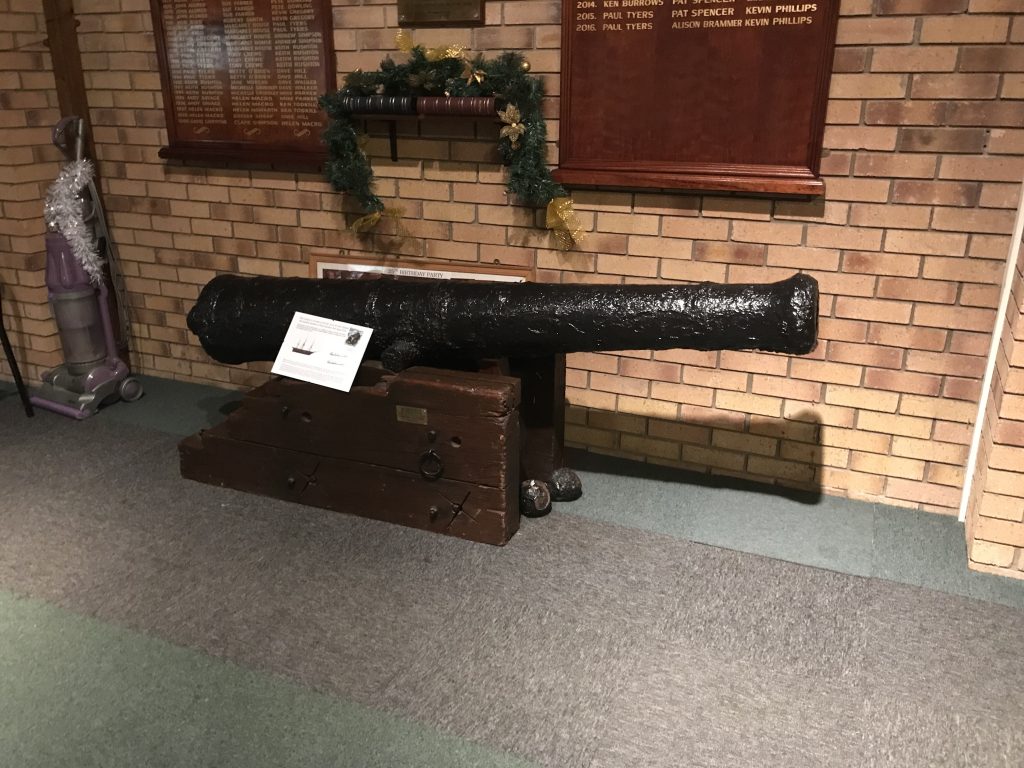 You can find a bit more about the cannon on the small plaque next to it. 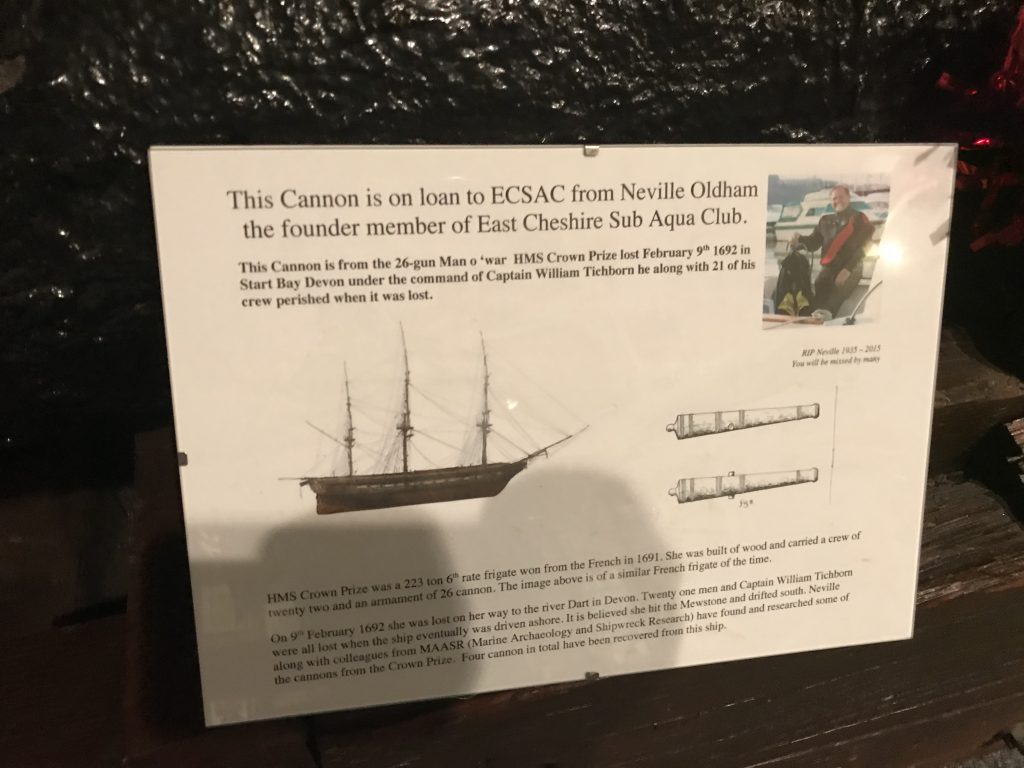 HMS Crown Prize was a 223 ton 6th rate frigate won from the French in 1691. She was built of wood and carried an armament of 26 cannon.

The image above is of a similar French frigate of the time.

On 9th February 1692 she was lost on her way to the river Dart in Devon. Twenty one men and Captain William Tichborn were all lost when the ship eventually was driven ashore. It is believed she hit the mewstone and drifted south.

It was lifted by a team from ECSAC, led by Neville Oldham. 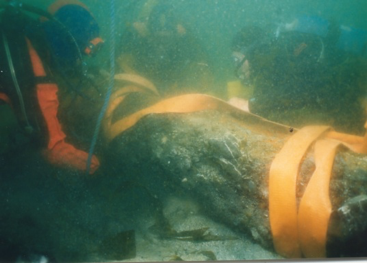 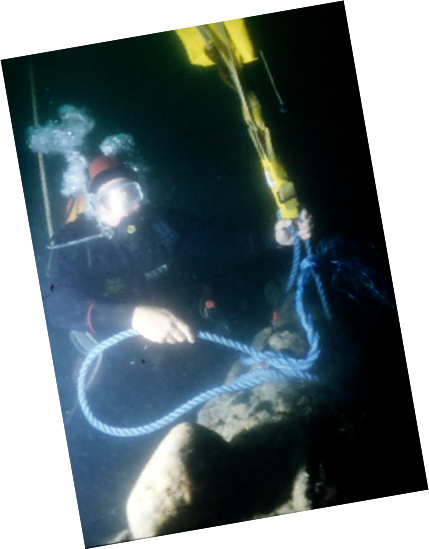