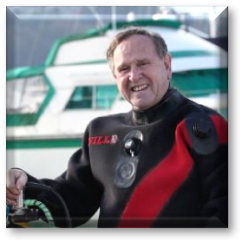 Neville was involved with the preparation of our application for the Heinke Trophy and supplied a number of the pictures and words used in the history section. He had also offered to provide a foreword in his own words, saying “I would be delighted to help with the application”. Sadly Neville passed away on the 17th of November 2015 and will be a huge loss for the scuba community in general as well as for East Cheshire Sub Aqua Club in particular. He was a major supporter of the club and an inspiration to many of its members. We dedicated our winning Heinke Application to him and the legacy that he left for the club.
Neville Oldham BSAC No: AO 11514
Founder Member and Honorary Member East Cheshire BSAC Branch No. 100
Fellow of the Nautical Archaeology Society
BSAC Jubilee Trust Duke of Edinburgh Gold Medal Winner
Chairman of the International Marine Archaeology & Shipwreck Society
Senior diver of the Moor Sand Historic Wreck site, Erme Estuary Cannon & Ingot Wreck sites. 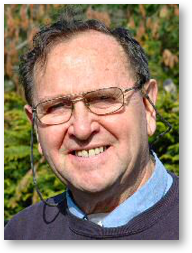 Neville was born in Cheshire in 1935 and spent his formative years on a farm. In 1953 joined the Grenadier Guards. He first started diving in 1956 whilst serving as Assault Pioneer Sergeant during the Suez Crisis when on attachment to 45 Commando attending a minefield and demolition course.

On leaving the Guards he went into construction. To continue diving he joined East Lancashire BSAC and with their help founded the East Cheshire BSAC holding the posts of Chairman, Training Officer and Secretary. In 1979 the Club made him an Honorary Life Member. In 1983 he attained his commercial divers’ ticket.

1982 was an eventful year for him, at the beginning of the year along with members of the East Cheshire Club, he was involved with locating parts of the wrecked Penlee Lifeboat (for which the club received formal thanks from the RNLI – see page 10). He also moved to Devon where he started a Diveboat Charter business at Hope Cove and joined the Nautical Archaeology Society SW, serving on the committee as Secretary and Chairman as well as a member of NAS national committee and also became a NAS Part I Instructor.

In 1983 he formed the Bigbury bay investigation team looking for historical wrecks in the SW and in 1989 they were joined by members of Northampton and other Midlands BSAC and formed the South West Marine Archaeology Group with whom they have been fortunate to have located several of South Devon’s premier Historic wrecks sites. Erme Ingot site 1000 B.C (for which they won the BSAC Duke of Edinburgh’s Jubilee Prize,) Erme Estuary Cannon site 1632, the Salcombe Cannon site 1635 and Salcombe B Bronze Age site 3000 B.C. These are now all protected Historic wreck sites.

He is also the Licensee of the Moor Sand historic site 3000 B.C. Other projects that he was involved with are the investigation of HMS Venerable 1804, The Gossamer 1868, Chanteloupe 1772, San Pedro El Mayor 1588 and the Dartmouth Cannon site 1577.  He had been involved in diving for over 50 years. 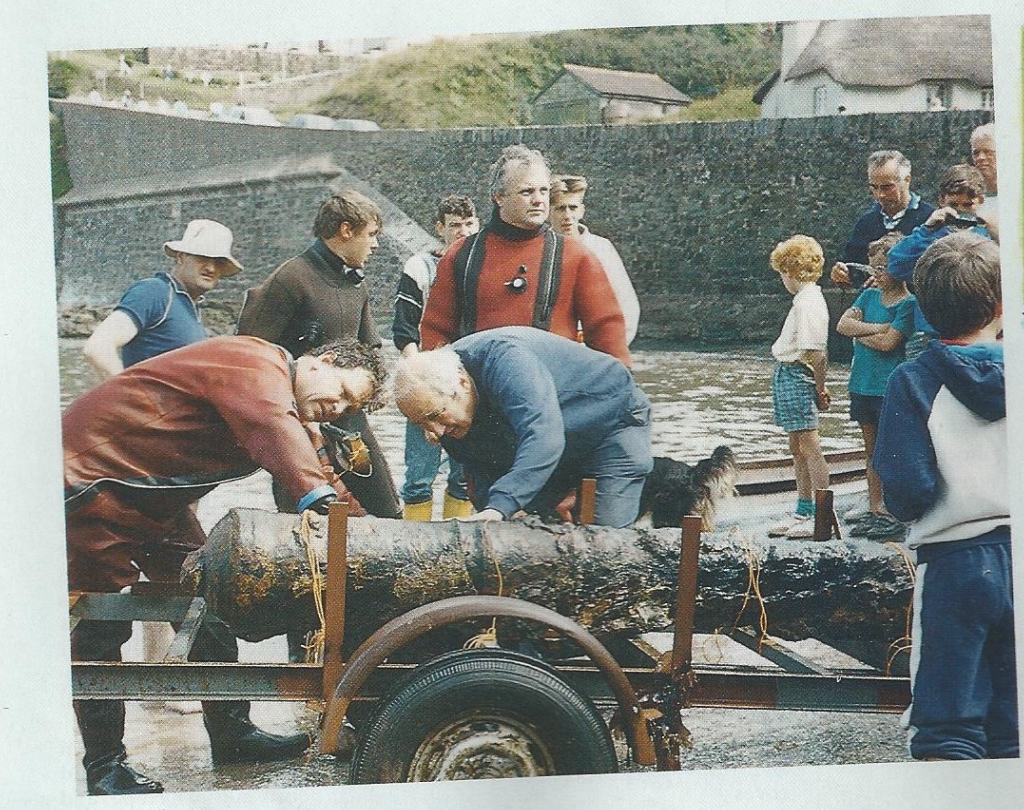 Neville (on the left) inspecting a cannon raised in Hope Cove, could it be the one that is now in our club?  Check here.