The Club was formed in 1960 making it one of the oldest sports diving clubs in the UK and forms part of the British Sub Aqua Association of Clubs. We are BSAC Branch 100 indicating our early affiliation in the history of BSAC. 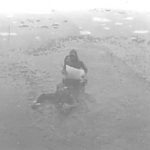 It was the dream of two men who with drive and passion created the Branch we now have.

The Club’s first ever dive, which was under ice in Red Brook Reservoir saw Neville Oldham and Roy Hyde braving the elements in their homemade suits.   Clearly they also had a photographer with them who it seems had more sense than to dive in the ice filled pond.

Roy & Neville also assisted the police with in-water searches as at that time the local Police did not have their own dive teams. The two pictures below show them on the first body search the club made for the Police at the Silesian College at Pott Shrigley for a young priest who had drowned while swimming. 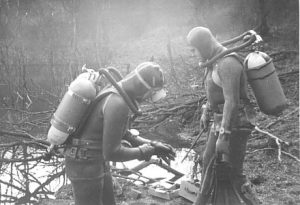 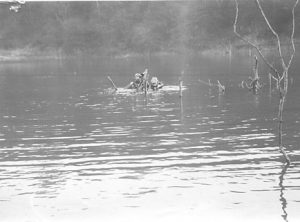 The first club meetings were in the Highwayman public house in Rainow which was owned by our founder member Neville Oldham and over the formative years these meetings moved to a coffee bar in Queen Victoria Street and then to a rented house scheduled for demolition in Commercial Road and on to more cosy meets in the bar of the Bate Hall pub all after weekly training sessions in Macclesfield baths on a Thursday night. 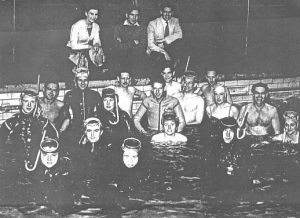 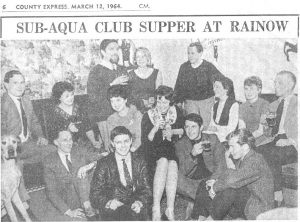 Our club members can be seen meeting at the Bate Hall pub in the photo on the left taken in 1964. A very smart bunch they look.

The breakthrough for the club came in 1965 when founder Chairman Stewart Davison negotiated a lease on the club’s behalf of some premises in Lower Bank Street owned by Frost Mills. An exceptionally lively hot-pot supper with our Landlords as hosts resulted in the rent reduced to peppercorn proportions – a technique still utilised by the club to day to solve tricky problems! 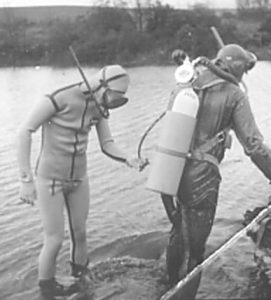 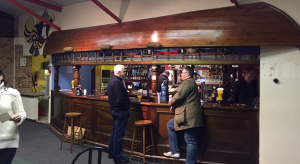 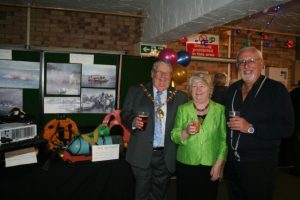 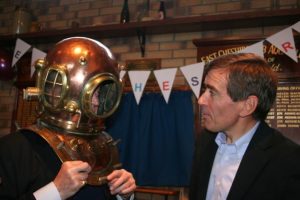 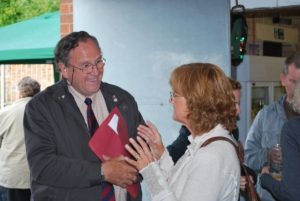 The highlight of the event for many was the very moving and heart-felt speech by Neville.  “It’s not the building, or the boats that make the club it’s the members” was exemplified by the hard work and commitment put in by so many to make the event the success it was.  To say it exceeded expectations is an understatement. 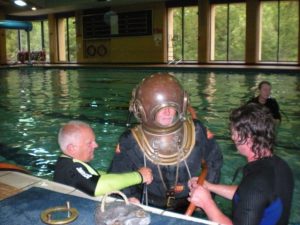 included a ‘Diving Through The Ages Event’ at Macclesfield leisure centre, where club members had a chance to try a variety of equipment including a hard hat supplied by the Historic Diving Society, the re-launch of the photographic competition and a very special Annual Dinner Dance at the start of the year.

This is a weekly blog bringing stories from the early years of the club to life.  Written by Alan Haywood, one of our early members from the 1960’s it will recount many incredible stories from down the years.

Read the “My life in the Blue Stuff” Blog Here.

One of the many notable items in the story of the club was our involvement in a piece of maritime history.  On 19th December 1981 the Penlee lifeboat the “Solomon Browne” was launched in hurricane force winds

to go to the rescue of the Coaster the “Union Star” that had got into difficulties off the coast of Cornwall. A Sea King Helicopter from RNAS Culdrose was unable to lift any of the crew or passengers from the ship. Whilst the Solomon Browne managed to get 4 of the crew off the “Union Star” the lifeboat made further attempts to rescue the rest of the people on board but to no avail and both vessels were lost together with the loss of all crew and passengers. In total 16 people died. It was one of the worst disasters in the RNLI’s history and a devastating blow for the village of Penlee. How, why and where the boats went down remained a mystery despite the RNLI employing a team of professional divers to look for both wrecks for a number of months. The mystery remained unsolved until Easter 1982 when a group of divers from East Cheshire Sub Aqua Club were diving on Buck Rocks out of Lamorna Cove. Here they found a maroon anorak that turned out to belong to the Coxswain Trevelyan Richards of the “Solomon Browne”. 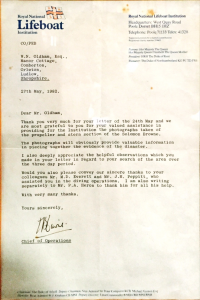 They left a marker on the anorak and reported the find to Falmouth Coastguard. A further dive was done and the wreck of the “Solomon Browne” was found: a rope was found round one of its propellers and a hatch allowing the crew access to the propeller was missing. The divers who did these initial dives were John Wright, Stuart Andrew (Angus), Pat Heron and Tony Wilkinson. Further dives took place and photographs were taken of the wreck and can be seen in our 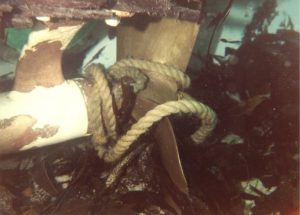 clubhouse along with the letter of thanks we received from the RNLI. These divers were Neville Oldham, Mick Everett, Mick Pepitt, and Pat Heron. The information provided by ECSAC divers proved invaluable to the inquest into the loss of the “Union Star” and the “Solomon Browne”. For a start both were outside the area the professional divers were looking and they were much deeper, over 40m (130ft) rather than 20m (60ft). It seemed that the “Union Star” had been thrown on top of the “Solomon Browne” and it was her rope that had fouled the lifeboats propeller, rendering her unsteerable.