Following an invitation from Chester Sub Aqua club, ECSAC signed up for the Menai Boat Run after a long hiatus. For newer members, the Menai Boat Run is an annual event to benefit the RNLI. It started as an early season shakedown for the boats on the Menai Straits with a few local clubs. ECASC had an idea that it could be used as a fundraiser, and the event has grown in size over the years. The usual format is to launch at Dinas Boatyard, before heading northeast towards Beaumaris and passing through the Swellies. After a fish and chip stop, we present a cheque to the crew of the Beaumaris RNLI, who launch their Atlantic 85 inshore lifeboat and lead us to Caernarfon for ice cream.

In 2019, ECSAC handed the reins to Chester Sub Aqua Club and Merseyside Sub Aqua Club. Unfortunately, high winds interfered with the plans and the event was cancelled. Plans were made for 2020, but this time a global pandemic scuppered the plans. CSAC elected to run the event again this year, but decided to limit numbers for the return of the event. We were joined by Shrewsbury, Vale Royal, Golden Lion, Gwynedd, Flint, and Potteries.

There have been numerous notices to mariners about shifting sandbanks by Caernarfon, so careful pilotage and a watchful eye on the depth sounder is essential. After successfully avoiding the sandbanks and reaching the point where the safe water mark should be, we headed for Pilots Cove. We had heard there was a pinnacle near the south cardinal buoy, so we went looking for it and quickly found it on the depth sounder. Clive, Ken and Rosy kitted up and dropped in, but decided to cut the dive short as the visibility was poor. 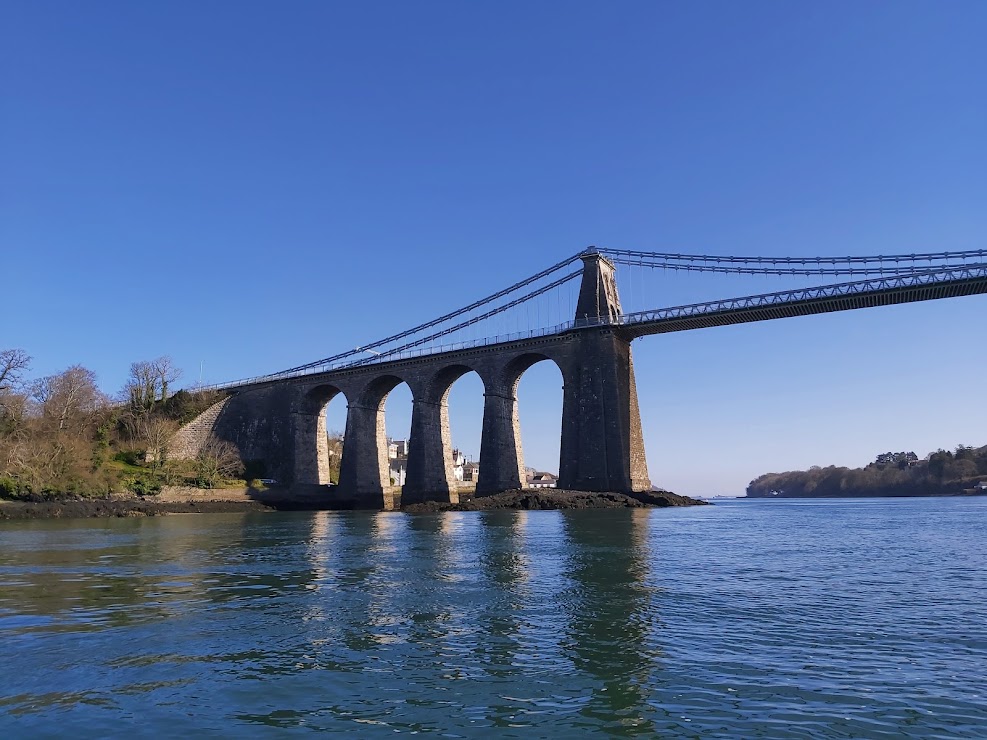 We then headed to the beach, where we anchored and went ashore for a spot of lunch. The three divers tried the shore dive along the rocks by the beach. Visibility was better this time, and they found a bit of life, including loads of hermit crabs. As Clemmie and I were still in the one-month period from a COVID infection, we explored the shoreline with snorkels.

We returned, recovered and refuelled Topcat, and went for a few drinks and a bite to eat in Bethesda. We were joined in the morning by Welly and Cheshire Cat, with Sue, Helen, Hannah, Colin and Tracy. We navigated the Swellies, before the crew of Cheshire Cat made a cheeky diversion for a cup of tea from Greenie and Spencer, who were moored by Menai Bridge on their yacht Holdfast. Those of us on Topcat headed past Beaumaris and around Puffin Island, where Cheshire Cat caught us up, before heading back to Beaumaris for the chippy stop.

Dave Parry of CSAC presented a cheque for before the RNLI led us back to Dinas. Unfortunately, there was no ice cream in Caernarfon this year due to concerns about the sandbanks. We are told the final amount raised was £400, plus we managed to put a few more quid in the tin on the clubhouse bar after the trip accounts were finalised.

Thank you for those who participated, and pencil in the 2nd of April for next year.