Top Cat, Cheshire Cat and both trailers were prepped and checked mid-week before heading to Bridlington on Friday evening, the 13th of May. The journey was incident free, and we arrived at The Lobster Pot to have a quick catch up with the others.

Saturday the 14th of May

An early start and a tractor launch courtesy of the crew at Hornsea saw us setting out for the 12-mile run out to dive the SS Chloris.

Phil successfully located and shotted the wreck which sits at 35m on a sandy seabed. Viz was around 1.5m and water temperature 9C. It was however, as ‘black as a bag’. The shot had dragged while we waited for slack. Tim and Steve were first in and successfully laid a line from the shot, headed south and eventually bumped into the wreck. This meant that the other buddy pairs were able to get onto the wreck easily. It was covered in orange and white Deadmens Fingers, a variety of sponges, Oaten Pipe, and Hornwrack. We managed to locate the boilers before the current forced us to turn around. Lobsters, Edible Crabs, Butterfish and Tom Pot Blennies were spotted.

In the afternoon we headed for the SS Longbenton to see if a drift dive was possible. Mark and Anna managed a very fast drift across the seabed. At this point we decided to return to Hornsea where we were recovered without a problem.

We returned to the Lobster Pot and met up for an evening meal together.

Sunday the 15th of May

We met at Hornsea with the intention of diving the SS Markersdal, but were advised by the staff at the launch site that the weather was deteriorating quickly and recovery would be very difficult. We decided to call it and head back to Macclesfield. Tim, Steve, and Phil de-kitted, washed down and put both boats back into the boat house.

A good weekend. Thanks to buddies Anna and Mark, Tim and Steve, Loz and Alison, Dave and Clemmie, Clive and Ken. Thanks to Phil for his organisation and planning and to Tim for towing. 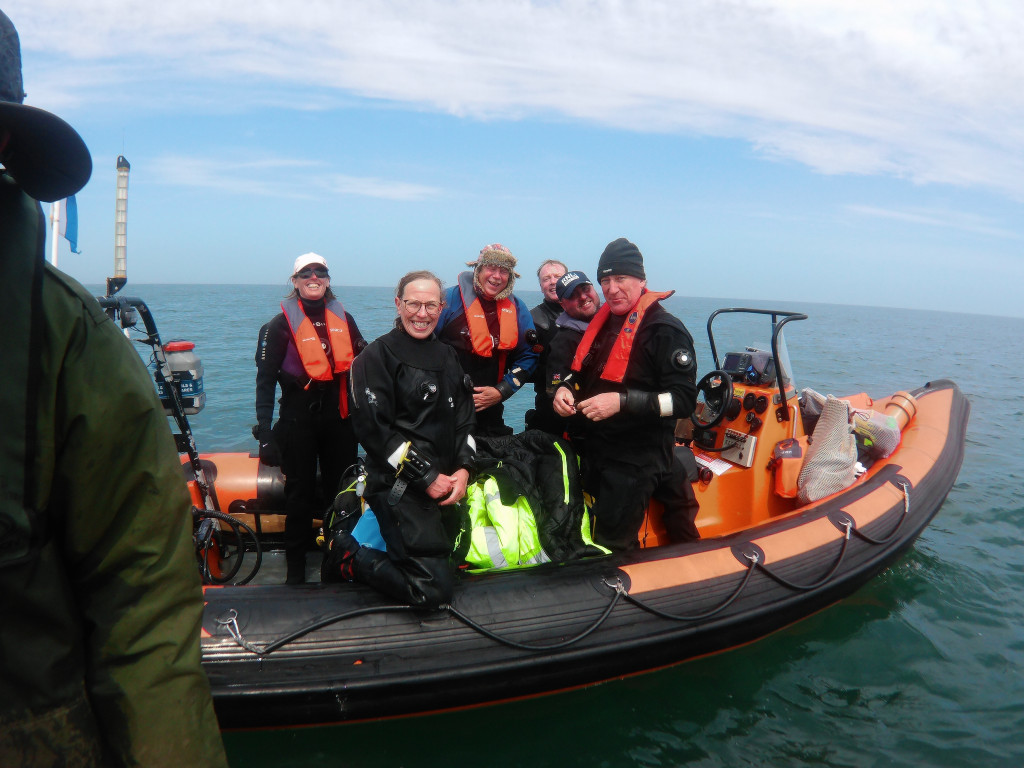 The SS Chloris was a steam powered British transport ship. She was torpedoed on the starboard side in 1918 by the German submarine UB-107, sinking at 00:30 AM with her cargo of timber and wood pulp. Three lives were lost in the sinking, her master Captain John Young, Ordinary Seaman Robert Burn, and Able Seaman William John Lilley. 16 of the crew survived, picked up by an escort trawler. 64m in length, the Chloris sits upright on her hull with the remains of her bow, stern and single boiler prominent (the last of which can be confirmed by Pat and Phil following their dive!).

The SS Longbenton was a requisitioned collier also serving as a British transport ship. 15 miles out of Flamborough Head at 8:00 PM on the evening of the 27th of June, 1917, she was torpedoed in the No. 2 hold by the German submarine UC-63. The violent explosion caused her to sink by the head in an incredibly short two minutes, yet amazingly the entire crew survived. They were rescued by the SS Hogarth. The wreck today is well decayed. 64m in length, her remains are spread out on the seabed and she is known as the ‘Range Wreck’.

The SS Markersdal was a steam powered Danish transport ship. Like the Longbenton, she was another casualty of the German submarine UC-63, torpedoed without warning in 1917 whilst on passage south from Dunston to Rouen. 82m in length, she rests on her port side, largely intact. The torpedo which sunk her can reportedly be found laying on the seabed beside her, but confirmation of this shall have to wait to another day!