We arrived in Aberdeen early Friday afternoon in order to load our kit into the dive containers, check in at the ferry terminal and park our cars at the airport. We boarded at 5pm as foot passengers apart from Ken who ran up the gang way at 6.29pm. We duly christened him Justin. The predicted big storm failed to materialise and we arrived in Lerwick at 7am, had a leisurely breakfast, disembarked, and arrived at MV Halton for 10am to set up dive kit and bag a bunk room. A day at leisure in Lerwick and a Nepalese meal out set us up for 6 days with skipper bob Anderson and his Iron Cru—Hannah on deck and Fiona in the galley, cooking fabulous midday and evening meals. She even made a special cake to celebrate Alison’s 50th dive. The wind pattern kept us in Lerwick for 2 days but with 15-20m viz and only a slight swell we were more than happy. 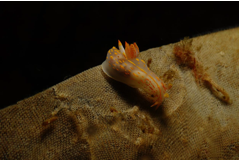 An intact trawler that lies in 32m on white sand. The large plaice that live around the wreck are attracted to diver lights .She supports a lot of life including soft corals, anemones, octopus and ling.

Giants Legs – Half formed sea stacks projecting from the Bard Head at the southernmost tip of Bressay Island. This scenic site has a profusion of life on the rock pillars that form the cliff with nudibranchs, dahlia anemones and edible crab seen.

SS Gwladmena – (Max depth 39m)A 930 ton steamship sunk in 1918. The wreck lies upright with the hull, 2 huge boilers and some deck intact in Breiwick Bay. She is covered in life which given that we had 15-20m made this a stunning dive. Shoals of juvenile Pollack, a profusion of keel worms, sea spiders, ling, and a 9 armed Purple Sunstar were the highlights. 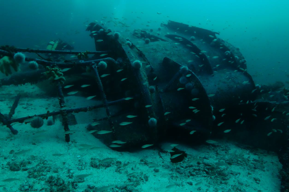 The viz (20-25m) on the iconic E49 was so amazing, we dived her twice. Calm seas and sunlight streaming through the water were a bonus .Even though much of the wreck is under pure white sand the remains are so detailed and structurally beautiful she must rate as a one of our favourites. Conger, Ling, Tusk, Pollack, Poor Cod, octopus, Sunstars, Cushionstars, Dead Men’s Finger’s, sea squirts, hydroids were the main life seen.

The Jane plus a drift over an undulating sandy sea bed.

We headed south to Lerwick. Swell, wind and driving rain kept us inside the galley. We dived The Gwladmena again. Great viz but darker –more like a good, clear night dive.

We finished the day with Orkneyman’s Cave. This was a nursery for squat lobster. They were in every crevice (accompanied by Brittle Stars) and under every small boulder. The topography was amazing –smooth large boulders and blocks tumbled seaward. The right hand wall shone orange in our torch light from the colonies of Baked Bean sea squirts. lobster, Edible crab and Velvet Swimmers were hiding under boulders. The boulder slope as we exited the cave was also covered in marine life.

Our last day of diving before packing up to catch the overnight ferry back to Aberdeen at 5.30pm  Dave and Lou chose to dive The Glen Isla –an large, intact wreck which lies upright at 47m.

The rest of us dived the shallower Lunakhods , a fish factory which sank where she now lies, wedged stern first into the rocks below Kirkabister Lighthouse on Bressay. The stern section is largely intact with a least depth of 2m over it. The deeper mid-ship section is progressively more broken but covered in life. Shoals of fish, nudibranc, prawn, Velvet Swimmers, hydroids, Sandstars feeding, tiny flatfish—a great ending to a fabulous week.

A big thank you to our dive buddies on the trip: Steve W, Anthony S, Andy Mc. Dave and Lou Kett, Tim P Clive B, Jane K Ken B, Alison B. 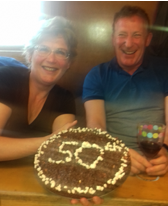 It was also Alison’s 50th dive – the boat crew baked a celebrarory cake!  Well done Alison, what a great place to do your 50th Dive!

Word from the Editor….   Awesome viz… Judging by the photos from Pat above and that Dave Kett sent to me..   Look forward to seeing more of these at the club over the next few weeks.

More photos.  Click the image for the hi-res version. 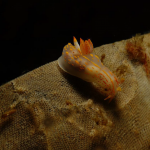 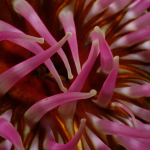 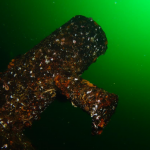 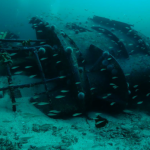 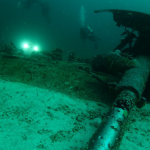 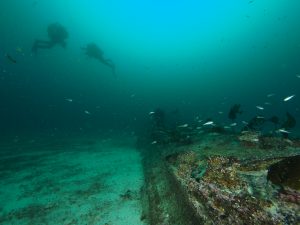 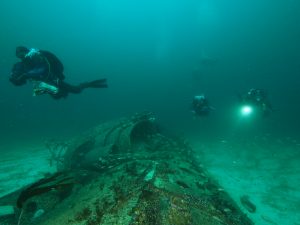 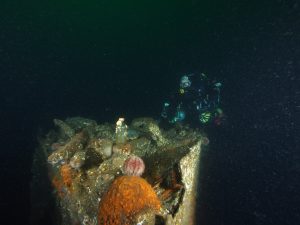 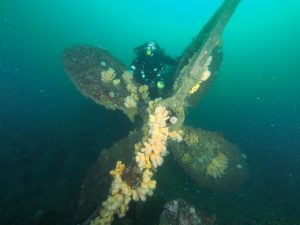 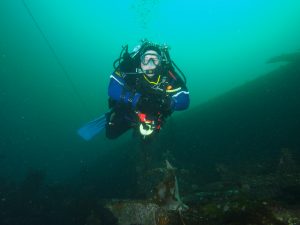 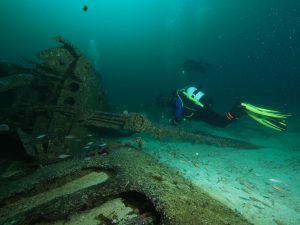 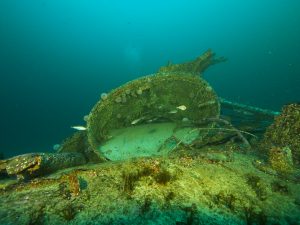