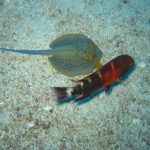 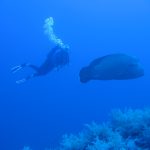 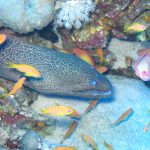 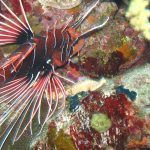 Clive, Dave Lloyd, Dan Lloyd, Anthony Sanders and I  flew from Manchester to Hurgarda on a charter flight and landed at 9.30 pm.

John Liebeschuetz an old ECSAC member flew in from Birmingham.

We then had a 3 ½ hour transfer via a minibus to Port Ghalib where we were to board the boat.

The transfer was eventful to say the least. The driver could multi task, handling two mobile phones, texting, telephoning, driving and overtaking everything in sight no matter if it was a straight road or around a bend. The addition of main beam light wars with the oncoming traffic was also entertaining (not).

We survived the first part of the journey and we stopped off at a 24 hour café. To get to the café from our side of the dual carriageway we had to cross the road onto the other carriageway and drive the wrong side of the road for a few hundred yards with on coming traffic!!

On arrival at the port we were assigned our cabins.

Had a quick drink, set up our kit on the dive benches and retired to our cabins.

Tuesday morning we set out for the check dive and start of the main itinerary.

Tuesday evening / Night we steamed south for 8 hours with one of the roughest crossings I have experienced down to Fury Shoal. With about 1 hours sleep we were of course fighting fit for the 6am wake up call.

We dived a couple of small wrecks with the vast majority being reefs on pinnacles, plateaus and walls. The hard and soft coral generally looked in a good condition and has benefited from a down turn in the diving. Unfortunately there is a lot of rubbish in the water, plastics , ceramics, tin cans and what must be thousands 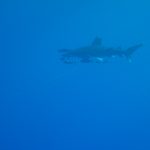 of miles of monofilament lines. We removed quite a bit whilst diving but this really was a drop in the ocean. Quite a lot of life on the reefs but I would not say abundant. All the usual species, Parrot fish, trigger fish, Moray eel, wrasse, cornet fish, anemone fish, puffer fish, scorpion fish, lion fish, pipe fish, octopus, nudi branchs, bat fish, glass fish to name a few. We had a couple of encounters with hammer head sharks, a Thresher and an Oceanic Whitetip under the boat on the way back from the reef at Daedalus.

A great week was finished off near Port Ghalib with an enormous Turtle which decided I was going to get out of its way. 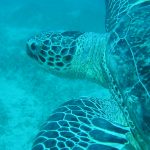 Transferred back to Hurgagda during the day which was a far more pleasurable experience followed by the day at the Marriott Hotel before flying back to the UK.

I can heartily recommend the Blue O Two operation. I have used them twice now and they delivered on each occasion. 5% discount with your BSAC membership. 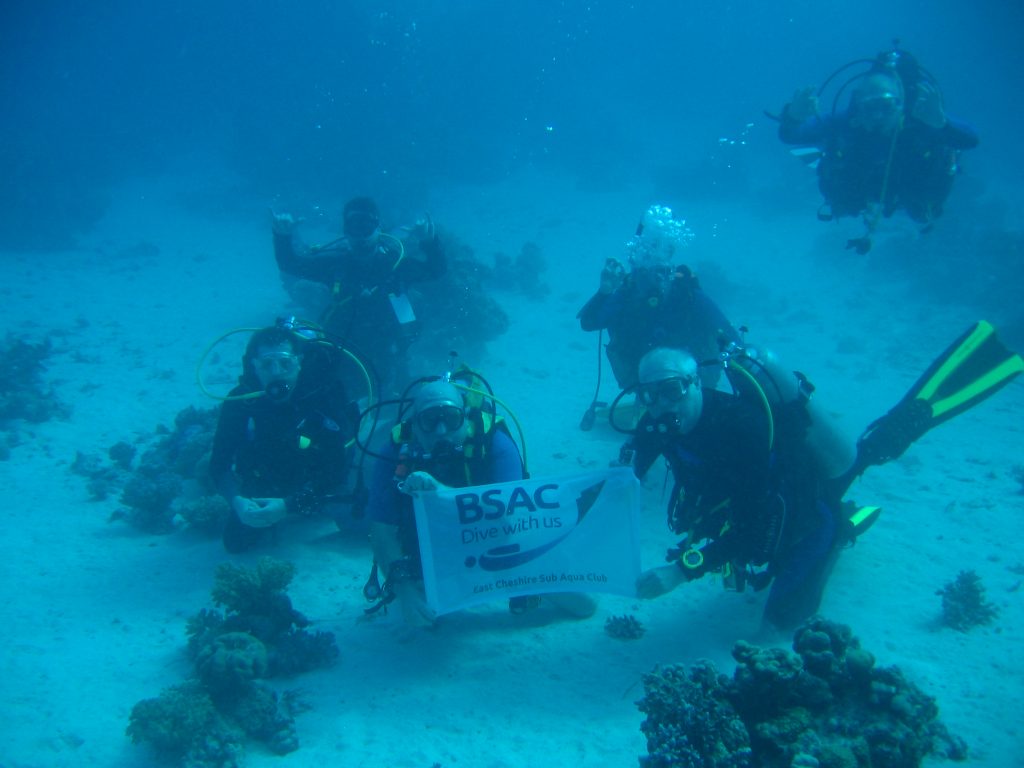