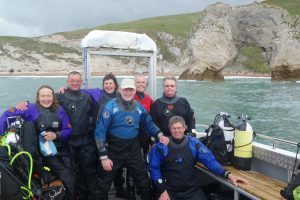 Kim Warham’s 40th birthday was celebrated with a combined dive trip involving members of Hartford and ECSAC. We all stayed at the Beach house B&B and dived from The Scimitar, a spacious, capable Evolution 38 I with dive lift, warm cabin area, a very competent and knowledgeable skipper (Nick), who provided not only tea and chocolate biscuits but pies and pasties for lunch. Some divers were seen eating double helpings!!

Jane and Janet (ECSAC) and Janie (Hartford) walked the coastal path on Saturday and Sunday.

The M2(32m) an inter war submarine which 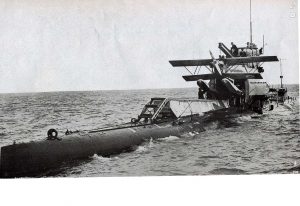 was the first to carry a small aircraft. It did not disappoint. The shot took us to the conning tower and from there we all managed to explore the whole of the wreck with its aircraft hangar being the highlight due to it being home to large numbers of Tompot Blennies, many of whom were free swimming. The viz was 8-10m and the water temperature a very reasonable 11C. 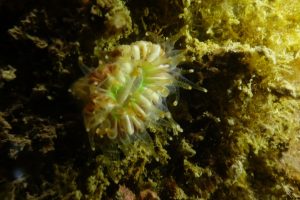 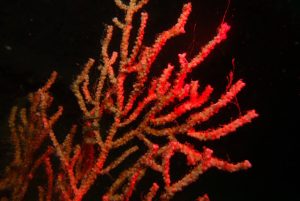 A drift dive over a broken wreck close to the shore, with shoals of Pouting, the main feature. Once we left the wreck we passed huge boulders which were covered with a variety of sponges, hydroids and bryzoa. Several large lobsters were spotted in crevices.

Mark, Anna and Tom Hickson joined the group to celebrate Kim’s birthday at the Cove Inn.  Super food, pressies for Kim and a delicious birthday cake rounded off a thoroughly enjoyable day.

A 2m swell and wind meant that our only choice was to dive 2 wrecks in Portland Harbour—-The Countess of Erne plus the landing craft and Bombardon Unit. Both were silty. A large number of Sea Pens were seen on the bottom. Large translucent White sea squirts, light bulb sea squirts, spider crabs and Devonshire cup coral were on both wrecks. 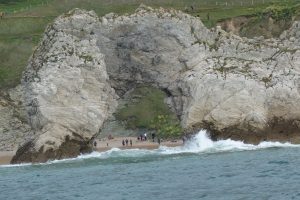 Calmer seas and sunshine enabled us to go to Lulworth Cove and Durdle Door.

All that was left were the plates and ribs which provided shelter for shoals of Pouting.  Once we drifted off the wreck the main objective was to collect scallops. We were distracted by queenies which swam off in all directions, a large thornback ray and a variety of sponges. 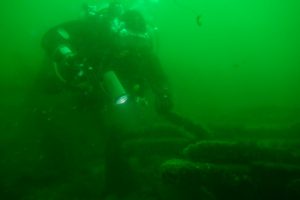